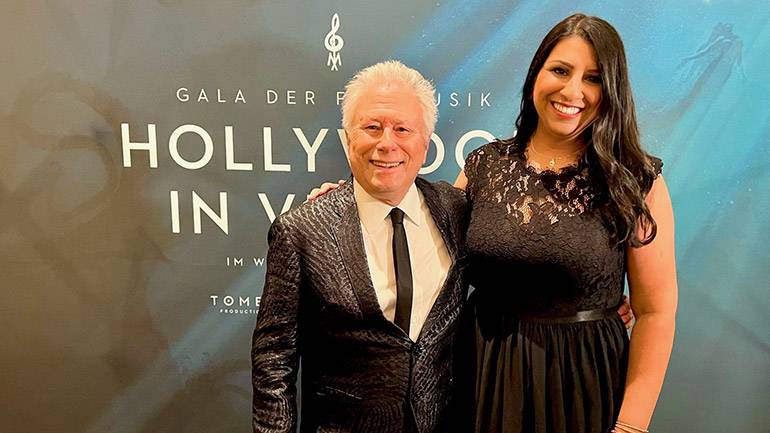 Legendary composer Alan Menken was recently honored by Hollywood in Vienna, the annual film music gala, with the Max Steiner Achievement Award, a prestigious accolade which recognizes exceptional achievements in the art of film music. The ORF Vienna Radio Symphony Orchestra paid tribute to the multiple Oscar, GRAMMY, and Golden Globe-recipient with a special concert showcasing highlights of his Disney classics such as The Little Mermaid, Beauty and the Beast, Aladdin, Pocahontas and more. The symphony was joined on stage by a number of celebrated vocalists to perform the songs, including Susan Egan and Adam Jacobs.

Menken and his longtime collaborator, Randy Kerber, also participated in a symposium, during Hollywood in Vienna week, sharing insights on creating a musical production, the legal challenges in film, and the process for scoring an animated film, among other topics.