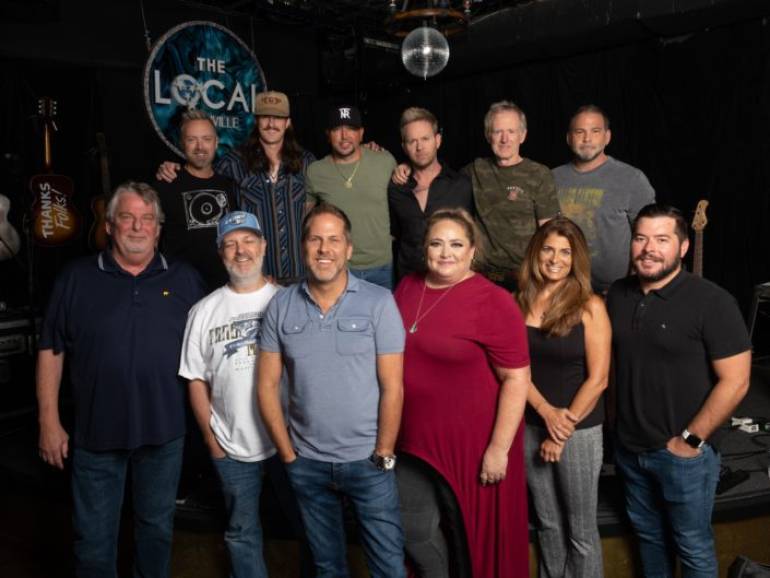 Multi-platinum entertainer Jason Aldean brought together the Country music community, his team and family to celebrate the success behind his 27th career No. 1 single “Trouble With A Heartbreak.” Hosted by BMI and ASCAP at Nashville’s “The Local,” Aldean treated the crowd to an acoustic performance of the haunting track, alongside BMI songwriter and artist John Morgan and bandmates/songwriters Kurt Allison and Tully Kennedy. BMI songwriter Brett Beavers rounded out the scribes being celebrated for the track off Aldean’s expansive 10th studio album Macon, Georgia.

“Trouble With A Heartbreak” spent three weeks at the top of the Mediabase/Country Aircheck Singles chart and Billboard’s Country Airplay chart and serves as the first song since Taylor Swift’s “Mean,” over a decade ago, to re-enter the top position on the Mediabase/Country Aircheck Singles chart. Aldean now has back-to-back multi-week chart toppers from Macon, Georgia as “Trouble With A Heartbreak” follows the multi-week Platinum No. 1 “If I Didn’t Love You” featuring BMI songwriter Carrie Underwood, which earned ACM “Single of the Year” and iHeart “Country Song of the Year,” along with a GRAMMY nomination.