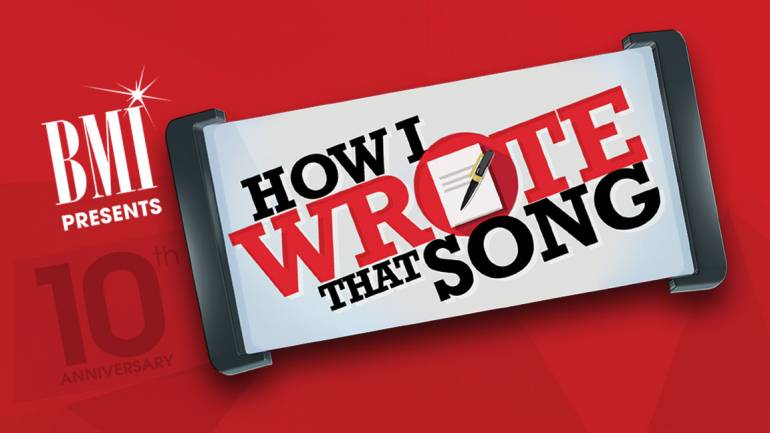 BMI will celebrate the 10th Anniversary of “How I Wrote That Song,” Saturday, February 11 at 1 Oak Los Angeles. Moderated by BMI Vice President, Writer/Publisher Relations Catherine Brewton, the highly anticipated annual pre-GRAMMY event will feature rap superstar Fat Joe, multi-hyphenate phenom DJ Khaled, GRAMMY Award-winning music producer Alex Da Kid, country songwriting sensation Dallas Davidson and singer-songwriter Lauren Christy. Beginning at 4 p.m., audience members will get the chance to listen as the panelists discuss everything from their creative process to the inspiration behind some of their biggest hits and more! Special guest Mannie Fresh will be on hand to DJ the event.

The event is open to the public. Tickets are $20 in advance, $30 at the door, or $15 at the door with a valid college ID. Ticket can be purchased by visiting https://bmihiwts17.eventbrite.com.

Fat Joe:
Having worked with the industry’s best and brightest across various genres, Fat Joe is one of rap music’s most influential artists. Recently, the hitmaker released his biggest record to date with Remy Ma and French Montana called “All The Way Up” which has hit Top 40 in 5 weeks and spawned 4 different remixes with Jay Z, Game, Snoop, E40, Daddy Yankee and Nicky Jamz.

DJ Khaled:
Miami-based producer DJ Khaled has proven himself to be an unstoppable force in the music industry and in pop culture. His first nine albums peaked within the Top Five of Billboard’s rap chart and the hip-hop heavyweight factored into several of the most triumphant crossover rap hits. Khaled’s latest release Major Key (2016) garnered his seventh and eighth Top 40 singles with “For Free” and “I Got the Keys.”

Alex Da Kid:
After being named to Billboard’s Top 40 Under 40 list each of the past two years, GRAMMY Award-winner Alex Da Kid’s profile as a writer, producer, executive, and entrepreneur is only gaining steam. Since creating his music label, KIDinaKORNER, back in 2011, Alex has signed Skylar Grey, Imagine Dragons, Jamie N Commons, and X Ambassadors to his name, as well as produced singles for Dr. Dre, Eminem, Nikki Minaj, B.o.B, Diddy, T.I., U2, Christina Aguilera, Rihanna, Lupe Fiasco and many more.

Dallas Davidson:
Known for his many contributions to country music, including 22 No. 1 songs penned for today’s biggest stars like Luke Bryan and Blake Shelton, many of his chart-toppers have helped push the definition of country music into new territory. Now one of Nashville’s most distinguished and inventive songwriters is hitting shuffle and merging country, classic rock and hip-hop to create something completely new with his Play It Again Records project Country Boy Swagger, a full album of cross-genre collaborations.

Lauren Christy:
Lauren Christy is the woman behind some of radio’s biggest smashes over the past 18 years. A founding member of the hit writing-production trio, The Matrix, and a songwriting force in her own right, Christy has worked with everyone from David Bowie and Enrique Iglesias to Avril Lavigne and Britney Spears, among others.  The seven-time GRAMMY Award nominee is one of only six women to be nominated for ‘Producer of the Year’ by the Recording Academy. Her recent collaboration, “Me, Myself & I” with Bebe Rexha and G-Eazy, peaked at No. 7 on the Billboard Hot 100. 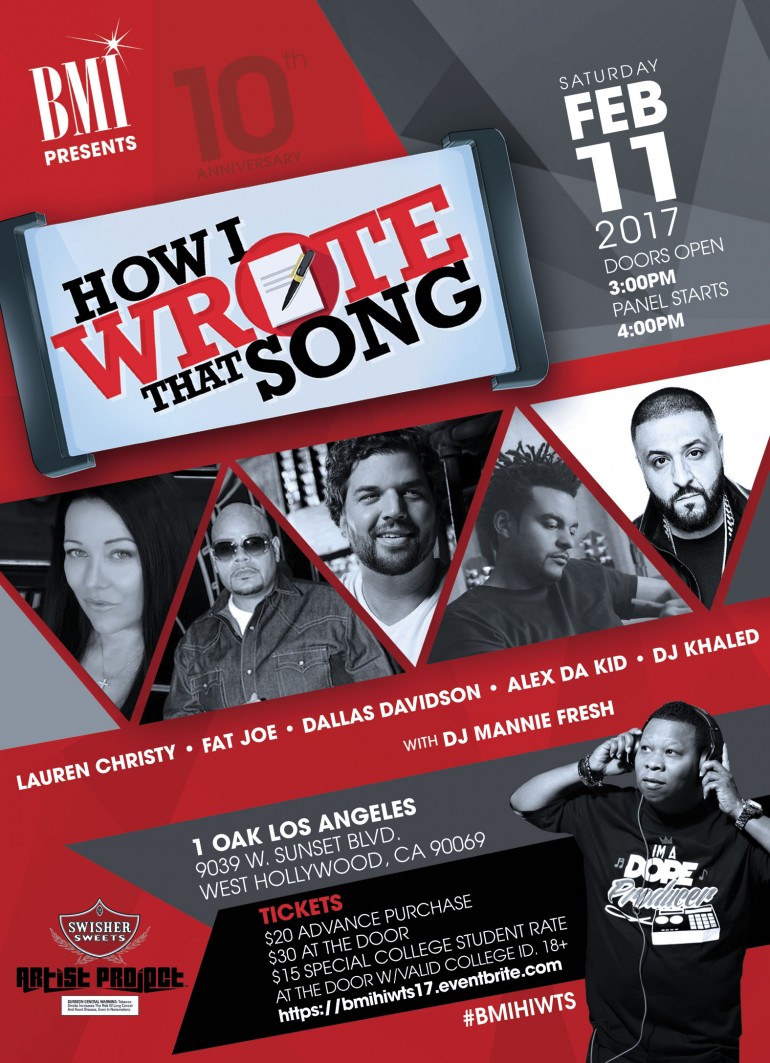