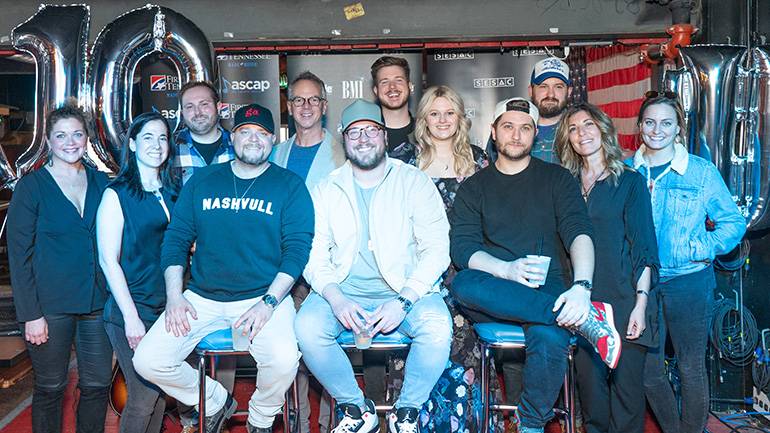 On Monday afternoon, friends, family, and industry tastemakers gathered at the Tin Roof in Nashville for a celebration hosted by ASCAP, BMI, and SESAC to honor Mitchell Tenpenny’s first number one hit, “Drunk Me.” Written by BMI’s Mitchell Tenpenny, SESAC’s Justin Wilson, and ASCAP’s Jordan Schmidt, the platinum song was the first single from Tenpenny’s debut album Telling All My Secrets. The packed room gathered to hear comments from the PROs, publishers, and writers themselves, and was a testament to the songwriting family that Tenpenny has created with his songwriting peers. Upon its release on March 26, “Drunk Me” garnered 52 Mediabase adds, which cinched Tenpenny’s impact week add total to be the best for a country debut single in two years. You can catch Tennpenny live on the Make It Sweet Tour with Old Dominion through May.