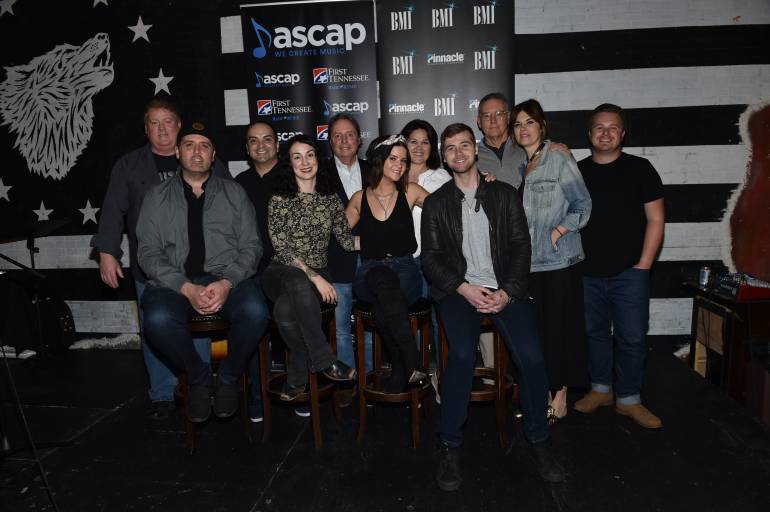 Last night, GRAMMY Award-winning BMI songwriter Maren Morris gathered with family and friends to celebrate her first number one song,” I Could Use A Love Song.” The private party was hosted by ASCAP and BMI, and was held at the Crying Wolf in East Nashville. Written by Morris, BMI songwriter Laura Veltz and songwriter Jimmy Robbins, “I Could Use A Love Song,” which was produced by busbee, is the third single from her debut album, Hero. While party attendees mingled, BMI’s Jody Williams and ASCAP’s Mike Sistad hosted the presentations that included speeches from each of the writers’ publishers, as well as Sony Nashville’s Randy Goodman and Shane Allen. Morris’ next single, “Rich,” is currently climbing the charts.