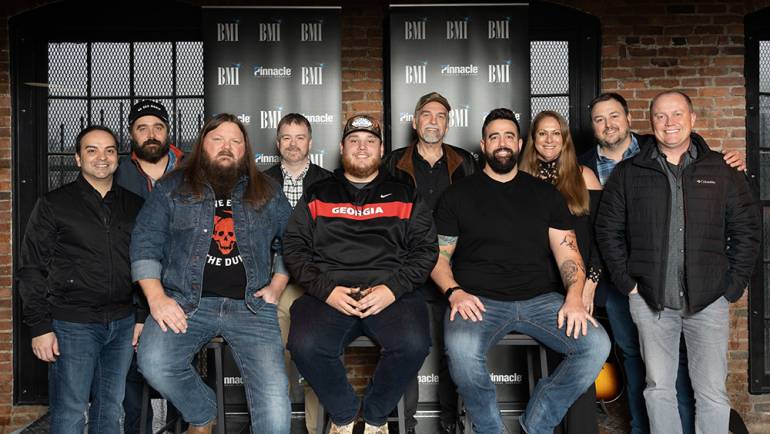 On Tuesday afternoon, friends, family and industry tastemakers gathered at the Corsair Distillery in Marathon Village to celebrate “She Got the Best Of Me,” the fourth number one song from Luke Combs’ debut album This One’s For You. Written by BMI songwriters Combs, Rob Snyder, and Channing Wilson, the song spent four weeks at number one on the Billboard Country Airplay chart. “She Got the Best of Me” is the fourth consecutive number one for Combs, making him the first solo artist to score four consecutive career-opening number ones on Billboard’s Country Airplay chart. To add to the excitement, the song marks the first number one for both Rob Snyder and Channing Wilson. They were each presented with BMI’s customary first number one guitar, made by Taylor.