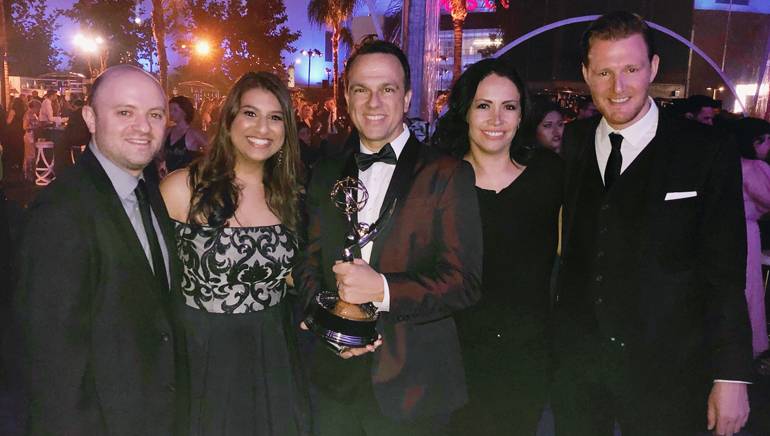 BMI proudly congratulates composers Carlos Rafael Rivera, Ramin Djawadi and Eil Brueggemann for the prestigious Creative Arts Emmys they were awarded over the weekend: Rivera for Original Main Title Theme Music for Godless, Djawadi for Outstanding Music Composition for a Series (Original Dramatic Score) for Game of Thrones, and Brueggemann for Outstanding Music and Lyrics for “Come Back Barack” from Saturday Night Live. Catch the broadcast of this ceremony Saturday, September 15 on FXX (8PM ET/PT).

In all, BMI had an astounding 20 composers who received primetime Emmy nods this year, and 21 who received daytime Emmy nominations, with BMI composers Vivek Maddala, Max Matluck, Lothar Struff and Bradley Bell taking home the daytime trophies. All of our winners and nominees for both Emmy brands were celebrated at a reception given by the Society of Composers and Lyricists on Friday, September 7, at NeueHouse in LA. Check out the gallery from this exciting event, as well as from the primetime Emmy ceremony below!