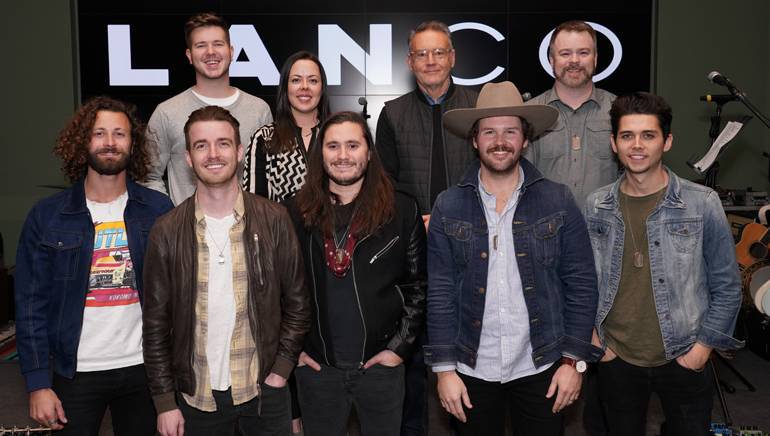 Sony Music Nashville’s breakout band LANCO celebrated their two-week No. One hit “Greatest Love Story” at BMI’s first No. One party of 2018. Featured on their debut record Hallelujah Nights, lead singer and BMI songwriter Brandon Lancaster was acknowledged as the sole writer behind the track, marking the first time in more than ten years that an artist’s first No. One has been written solely by that artist. Simultaneously, LANCO was surprised onstage with the news that the 2017 “Country Hit of the Year” (Washington Post) has been certified PLATINUM by the RIAA. LANCO is now the only Country band to achieve a PLATINUM single prior to the release of their debut album.