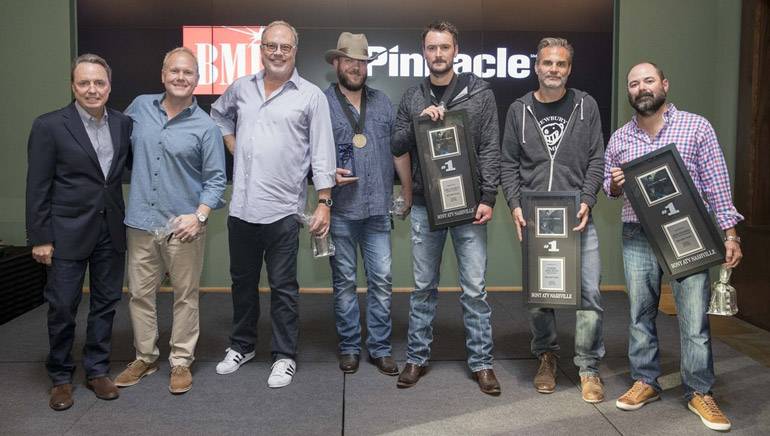 The lobby of BMI Nashville turned into the site of celebration for BMI songwriters Eric Church and Jeff Hyde October 11. The party honored the duo’s chart-topping hit “Record Year,” the second single from Eric’s Mr. Misunderstood, a CMA Album of the Year nominee and his fifth studio album. The hit single is nominated for a slew of CMA awards itself, including Single of the Year, Song of the Year and Video of the Year. With presentations from BMI’s Jody Williams, Sony ATV’s Troy Tomlinson, Little Louder’s Arturo Buenahora, producer Jay Joyce, UMG Nashville’s Mike Dungan and the songwriters themselves, the audience was treated to special stories about the creation of the song and the hard work of Jeff and Eric. Ron Cox of Pinnacle Bank, BMI’s partner in #1 parties, gave a donation on behalf of the songwriters to Eric’s charity Chief Cares.