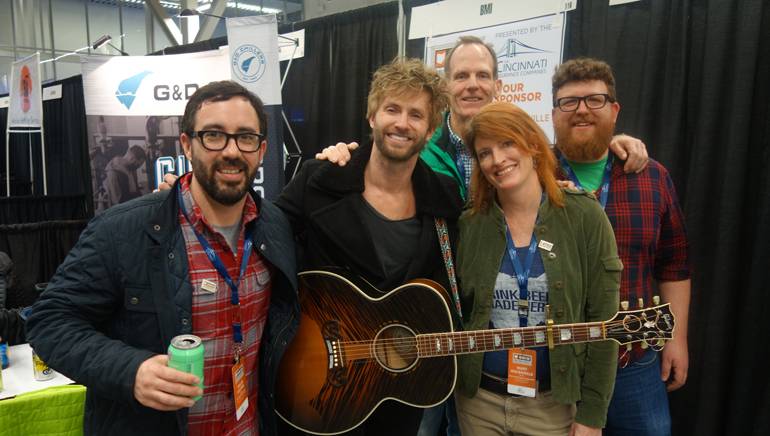 Music and beer met in Cleveland recently (1/29-31) as BMI provided the musical entertainment for the Ohio Craft Brewers Association annual conference held at the Huntington Convention Center. BMI songwriter and American Idol finalist Paul McDonald performed for brewers from across Ohio who were in town to learn about the latest developments in the beer industry. Live music has started to become an important component of the brewery taproom model and BMI recently entered into a national association discount program agreement with the Brewers Association. The OCBA serves as the unified voice for craft brewers across the state and as a beacon for local production and manufacturing through craft beer. McDonald, a Nashville based recording artist, has shared the stage with superstars such as Stevie Wonder, the Zac Brown Band and Emmy Lou Harris, and has performed on nationally televised shows such as Good Morning America and The Tonight Show. His latest album Modern Hearts, is set to be released later this year.