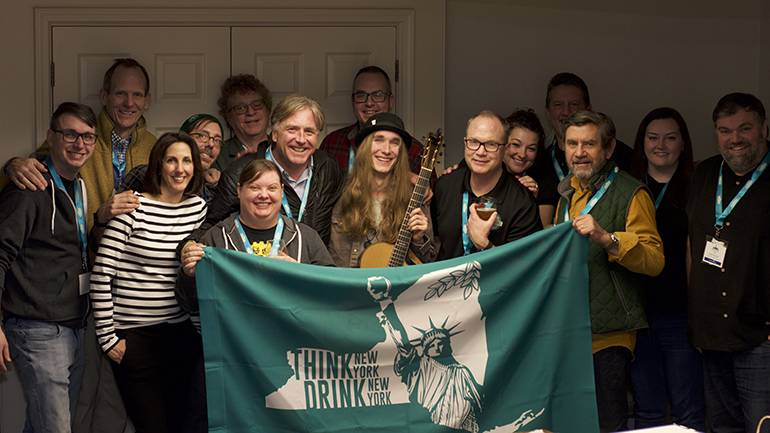 BMI helped the New York State Craft Brewers Association kick off their annual conference in Albany recently (3/7) with a special performance by BMI songwriter and season 8 winner of The Voice Sawyer Fredericks. Fredericks, who is from just up the road in Fultonville, entertained the audience of craft brewers from across New York state with songs from his latest album Hide Your Ghost. The talented 19 year-old is currently in the midst of a national tour with his band. The New York State Brewers Association (NYSBA) is a proponent for breweries, microbreweries, brewpubs and brewing affiliated businesses in New York state.