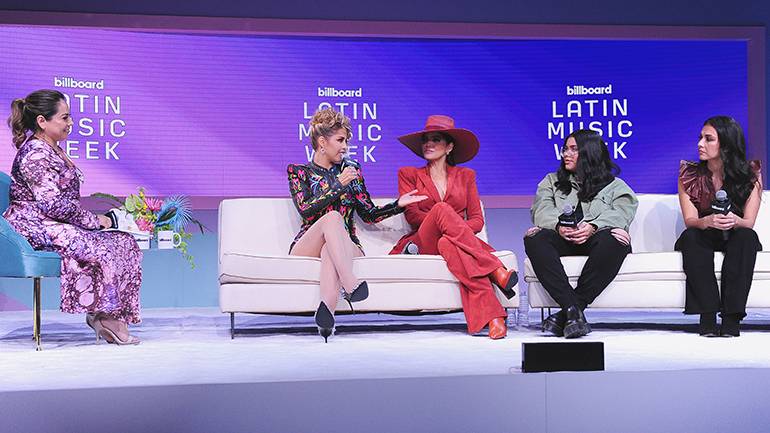 Throughout the panel, the talented all-female ensemble shared the stories behind some of their most impactful songs, reflected on the state of the regional Mexican music industry and talked about some of the barriers they’ve faced in this traditionally male-dominated field.

Ana Bárbara confessed that the topic of heartbreak inspires her to write songs and explained that songwriting is a form of expressing herself and releasing what she feels. Lupita Infante elaborated on the challenges she faced while finding her identity as a Mexican American and how special it is to carry on the Infante dynasty. Adriana Ríos spoke about how she sets herself apart and reflected on the songs that she’s written, noting that “Dónde Están?” a song about social justice, has fulfilled her the most. Ivonne Galaz runs to the beat of her own drum and during the conversation she expressed that she always wanted to be different and not follow whatever was considered traditional. Galaz stated, “I used to listen to Chavela Vargas and other artists that have different styles and weren’t afraid to reveal their true selves. You always have to be yourself.”

SOURCENews TAGS Latin Miami How I Wrote That Song