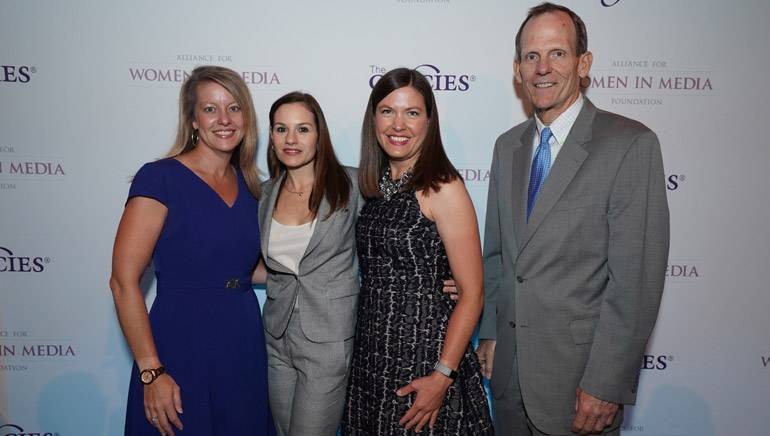 BMI once again joined forces with the Alliance for Women in Media to provide the musical entertainment at the organization’s annual Gracie Awards Luncheon held recently (6/27) at Cipriani’s on 42nd St. in New York City. GRAMMY-nominated songwriter, producer and publisher Kara DioGuardi told the stories behind her hits and sang the songs she wrote for megastars like Pink and Kelly Clarkson.  The BMI songwriter, who is known by many for her stint as a judge on American Idol, recently founded “Inspired Nation,” a charity created to foster young talent, build community and raise money and awareness through regional vocal competitions.

The AWM’s star-studded affair is an annual luncheon designed to honor individual achievement and outstanding programming by female broadcasters at the local level for TV and radio, public level for radio, and student level for TV, radio and interactive media. The group’s mission is to connect, recognize, and inspire women across the media industry.