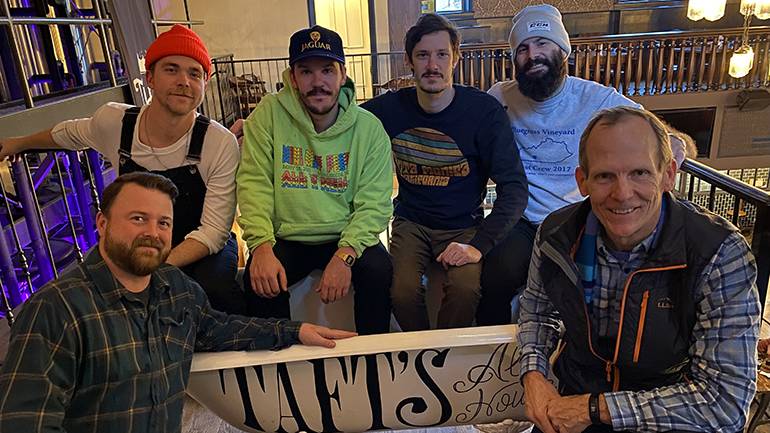 BMI presented Nashville-based band The Brummies as the featured entertainment for the opening night party of the Ohio Craft Brewers Conference, held in person in Cincinnati this year. The 4-member group, with a psychedelic folk rock style, rocked the house,  performing a high energy set for the large audience of brewers from across the Buckeye state who gathered for the kickoff event at Taft’s Ale House, a former church that was converted into a brewery. Having toured domestically and internationally, The Brummies have shared the stage with the likes of Kacey Musgraves and St. Paul & the Broken Bones.