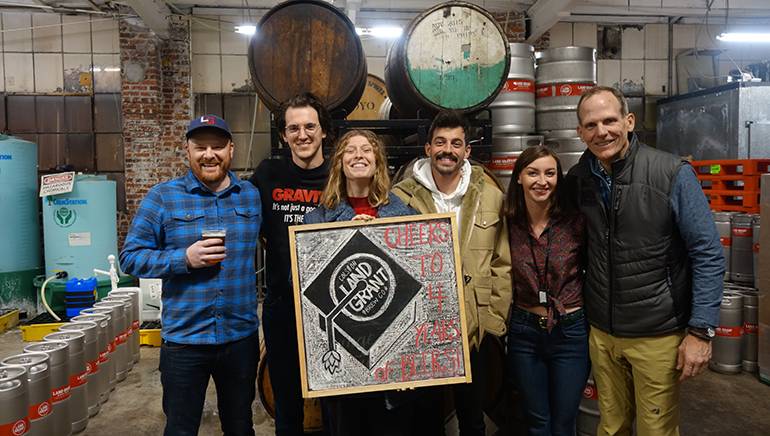 BMI partnered with the Ohio Craft Brewers Association recently(1/9) to present a special concert by Liz Cooper & The Stampede at the 5th annual Ohio Craft Brewers Conference in Columbus. The intimate performance took place at Land Grant Brewing, a craft brewery in the Columbus area that features live music and has been a BMI customer since it opened its doors more than 4 years ago. The event was BMI’s way of giving back to the many breweries in the Buckeye state that support BMI songwriters through the licensing fees they pay. Liz Cooper & The Stampede is a Nashville-based folk rock band that features Liz Cooper, Grant Prettyman and Ryan Usher. They currently are in the midst of an extensive tour in support of their debut album Window Flowers.

The Ohio Craft Brewers Association was founded as a not-for-profit organization in 2008 to unify the Ohio brewing community, market Ohio manufactured beers throughout the state and beyond, and monitor and promote a strong beer industry in Ohio.