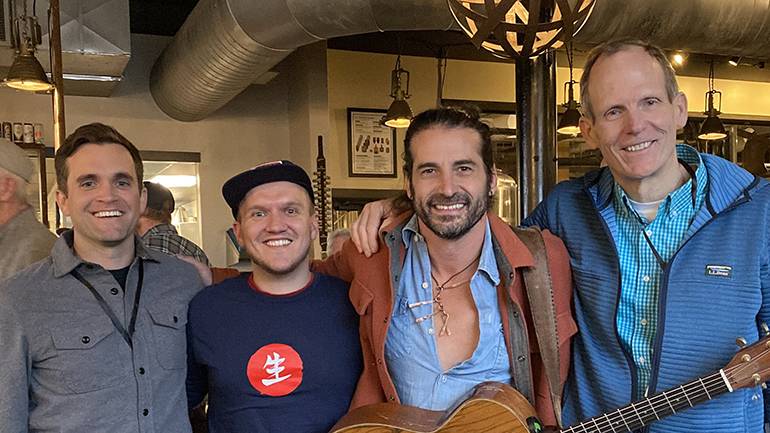 The 2022 New England Brew Summit was capped off recently by a high energy performance from the Adam Ezra Group at Liquid Riot Bottling Company in Portland, Maine. A long time BMI licensee, Liquid Riot hosted the Summit After Party and BMI brought in the Boston-based band to pay tribute to the many New England breweries that support BMI songwriters through the licensing fees they pay. Adam Ezra is a BMI songwriter who has collaborated with Rock’ N Roll Hall of Famer John Oates and shared the stage with the likes of Train, The Wallflowers, Little Big Town, and Gavin DeGraw. The New England Brew Summit is an annual conference presented by the Maine Brewers Guild and features workshops and panel discussions on a variety of key brewing topics for both brewers and brewery owners.