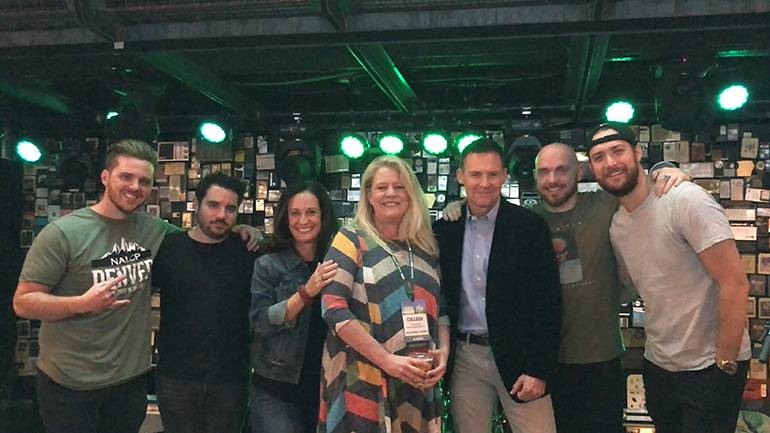 BMI brought the party to Denver and the annual gathering of the National Association of Licensing Compliance Professionals by providing the music at their opening night event (10/15). The 2019 NALCP annual conference kickoff party was highlighted by a performance from Dallas-based BMI band Northern National, who rocked Ophelia’s Electric Soapbox and an audience made up of licensing executives representing chains such as Darden Restaurants, Starbucks, Dave & Busters, Kona Grill, Whole Foods, Red Robin and Craftworks. The alternative band’s latest single “Happy Disasters” was released in August and has received radio airplay in major markets such as Chicago, Dallas, Nashville and San Francisco, while their songs have been streamed more than 3 million times.

NALCP is a trade association with membership comprised of restaurant, retail and hotel chain executives responsible for the liquor and music licensing at their respective companies.