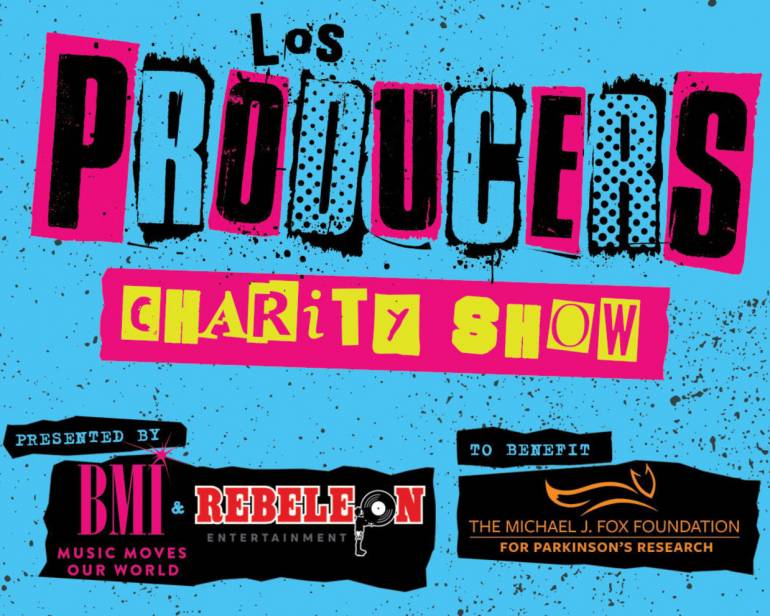 BMI and Rebeleon Entertainment are proud to present the 9th annual Los Producers charity event on Wednesday, November 13,at the Hard Rock Café on the Las Vegas Strip. This invite-only showcase will benefit The Michael J. Fox Foundation for Parkinson’s Research, which is dedicated to accelerating a cure for Parkinson’s disease and improved therapies for the millions of patients and families around the world impacted by the condition today. This year’s star-studded event will feature performances from a diverse group of music creators, including 2019 Latin GRAMMY nominees. To support the mission of the Foundation click here.

“Thanks to the generosity of the music industry creators, sponsors and the performers who donate their time and talent, Los Producers continues to succeed in supporting countless charities ranging from music education to cancer research,” stated multiple GRAMMY and Latin GRAMMY award-winning producer Sebastian Krys. “This year, we are supporting a cause that hits close to home because I was diagnosed with Parkinson’s disease this past March. Our goal is not only to raise funds for Parkinson’s disease but to create awareness among Latinos about this disease, which highly affects our community.”

“We are incredibly proud of our longstanding partnership with Rebeleon Entertainment and to be part of such an important charity event that celebrates the diversity and richness of Latin music,” added Alex Flores, Senior Vice President, Creative, BMI. “We thank all of our performers for donating their time to shine the spotlight on such an important cause.”

“With an estimated 6 million people around the globe living with Parkinson’s, it will take all of us to find a cure for this disease,” said Debi Brooks, co-founder and executive vice chairman of The Michael J. Fox Foundation. “We are energized by the support of community partners like BMI who share our mission with new friends and help us do more in our goal to end Parkinson’s.” Throughout the years, Los Producers has grown into an industry must-see event, which showcases unique cover performances by iconic artists, such as Luis Fonsi, Juanes, Nelly Furtado, Rosalía, Beto Cuevas, iLe, Tucanes de Tijuana, Alejandro Sanz, Franco De Vita and Mau y Ricky, among others. This event has raised several hundreds of thousands of dollars for charities, such as the Los Angeles En Mexico Foundation, St. Jude Children’s Research Hospital, Education Through Music, City of Hope and Help Me Rebuild La Perla Foundation, among others. This year’s event is dedicated in loving memory to Los Producers’ founding member Dan Warner.