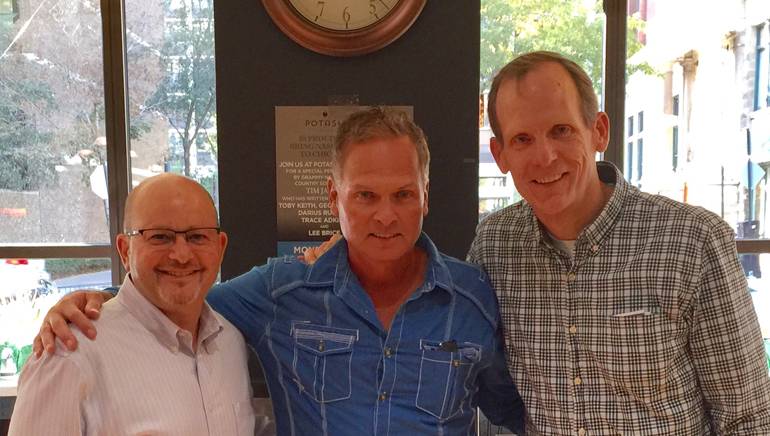 BMI partnered with the Illinois Retail Merchants Association recently on a pilot program designed to demonstrate the power of live music in driving traffic and enhancing the shopping experience at retail establishments. Live music was featured at two of Potash Markets’ locations in downtown Chicago where GRAMMY-nominated BMI country songwriter Tim James performed during the lunch time and evening hours, singing the songs and telling the stories behind the hits he has written for the likes of Lee Brice, Trace Adkins, Darius Rucker, Toby Keith and George Strait. Potash is a family owned grocery store chain that has been serving customers in the Windy City since 1950.

Rob Karr, president and CEO of the Illinois Retail Merchants Association, remarked that Potash Markets is one of their best advocates for the retail industry statewide and he hopes retailers continue to explore innovations like these to enhance the experiences they offer.