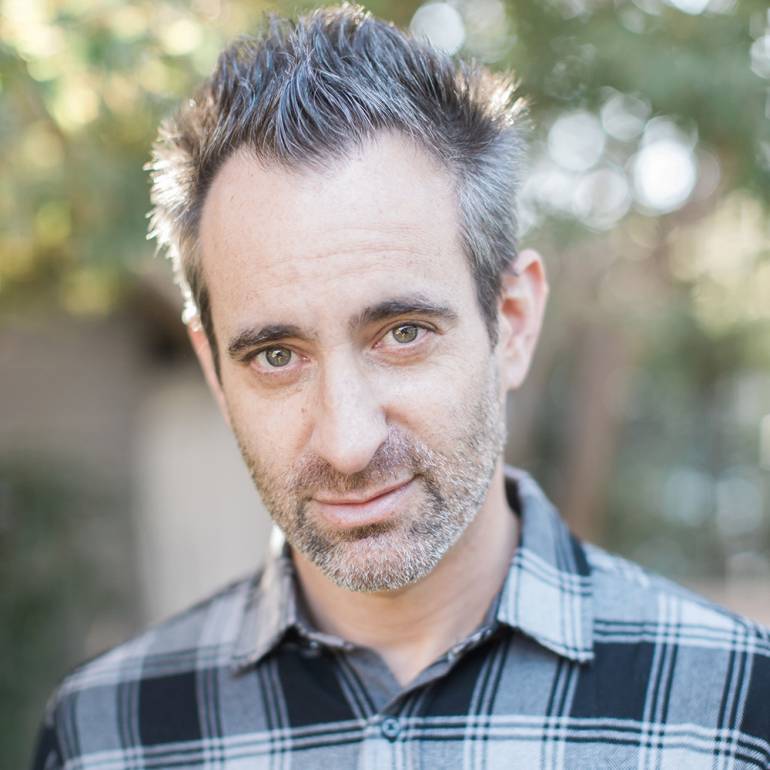 Scaring people silly with a good zombie story is serious business, as BMI composer Alec Puro knows all too well. It takes more than creepy makeup and jump scares to make a terrifying tale come alive—every sound is important. A good part of the reason Black Summer, the Netflix series that won rave reviews in 2019 and already has fans awaiting Season 2, kept viewers so thoroughly immersed in its spooky saga was Puro’s sparse, scaled-back score. Relying on electronic pulses and subtle changes, Puro upended tropes and let the story stun on its own, making a name for himself in the zombie genre along the way.

But the talented composer specializes in much more than music for things that go bump in the night. Known for scoring the Freeform drama The Fosters, Puro has created music for more than 45 films (The Good Night, Higher Ground) and more than three dozen TV shows, as well as creating/licensing additional music for the hit series Glee and the cultural phenomenon known as Jersey Shore. His diverse musical background includes studio sessions too. A drummer since age 10, Puro began his career in earnest playing drums with legends like Jackson Browne and Cher. In 1996, he started the band Deadsy with longtime friend Elijah Blue, and went on to tour the world, opening for acts including Linkin Park and Stone Temple Pilots, while playing for audiences at prestige venues like Madison Square Garden. Now head of his own company, Gramoscope Music, founded in 2006, Puro oversees a boutique firm that’s home to more than 20 musicians who have created an extensive music catalog for licensing in film and television. At work on the animated series The Mighty Ones for Hulu and Kevin James’ NASCAR-themed sitcom for Netflix, BMI caught up with the very busy Puro to talk about lessons learned over his impressive career, the secrets to a zombie score and why Deadsy is far from dead.

You’ve set yourself apart in scoring for the zombie genre with Black Summer. What are some of the essential elements you use to convey a sense of fear or danger in a story like that?
Thank you! For this show, I definitely take a more minimalistic atmospheric/ambient approach, which I feel really helps enhance what’s happening on screen. I work very closely with the sound designers on the show to create a seamless soundscape between the score and sound design that doesn’t distract from what’s happening in any given scene but enhances everything in a realistic and terrifying way. The score and sound design become one at many points which really helps build the anxiety and danger in a scene. The show is so engaging on its own, so my goal with the music is to support and enhance that tension or anxiety in a scene without being distracting or even sometimes noticing there is any music at all. Hopefully, that comes through for people when watching the show.

As you go into Season 2 of Black Summer, how do you bring a sense of surprise — how do you keep the scoring fresh or different from the previous season?
This season of Black Summer takes place in a whole different environment than the first season, which has been super inspiring for coming up with new themes and building upon previous themes from Season 1. I start the scoring process early on this show because the showrunner really likes to collaborate and listen to sketches as he’s shooting before we start scoring to picture. On most projects this doesn’t always work, but on Black Summer it really gives me a chance to experiment with new and different sounds, as well as get in sync with what the showrunner’s vision for the season is.

You’re working on The Crew with Kevin James, a multi-camera show set in the world of NASCAR. How are you approaching this project? What elements are you using to convey the character and immerse people in that world?
I just started writing on this project and we’ve started with the main title theme to establish the overall musical tone and direction for the series. I can’t say too much since we are in the early stages but I’m definitely getting the chance to write in a style I don’t normally get asked to compose in. Musically, it’s very outside the box from a normal half-hour multi-cam so I’m excited to see where we end up… stay tuned!

You’re also working on the new Dreamworks animated series The Mighty Ones for Hulu. Do you have a different approach when it comes to scoring an animated series?
My approach in terms of writing is similar to how I would write for any other project, except that this show has a full garage rock sound. A couple of the main characters are in a band and they can’t really play that well, so my job is to compose the score from their point of view as if they were jamming on every cue. It’s super fun to keep things loose and maybe not do a second take of something to make it a little more perfect, which I would normally do. The score is totally organic so it’s a lot of fun to be playing drums, guitar, etc on all the cues. So far, the score definitely has its own cool vibe and really works well for the show.

You’ve said you like to experiment a lot. What are you experimenting with now and how has experimentation impacted your scores so far?
When you get the time initially on a project to experiment with new sounds, writing or recording techniques, etc, it not only helps me down the road when I am super crunched for time, but I feel it also gives me more depth as a composer for the other projects I end up working on. The more you try new things and get out of your comfort zone of using the same sounds or writing the same way it opens you up to a whole new thing you wouldn’t have come up with had you not taken the time to explore.

Lately, I’ve been experimenting with running certain sounds through old guitar pedals and FX units to find new combinations that create cool new textures for the scores I’m working on. I also just purchased some great new studio monitors that have changed how I’ve been listening to mixes.

You’ve been scoring for decades. How did you get into music composition and what are some of the biggest lessons you’ve learned over your career?
I started playing piano when I was around 10, and from there I picked up the drums, which led to many years of being in bands and doing tons of session work. When I was about 18 a producer friend of my mom’s, who worked on the show Chicago Hope, said they license music for each episode and I should write him a few songs to pitch. I got together with my friend Inara George (The Bird and The Bee) who has one of the most beautiful voices on the planet and we wrote two songs for the show which ended up getting licensed. From that moment, I was hooked on the idea of being a part of the storytelling process through music and all I did from that point on was focus all my time and energy on getting better at composing music to picture.

One lesson I’ve learned as a composer that comes up frequently is that when something you compose leaves your studio it’s no longer yours. You have to be ok with the fact that it may be edited or changed on the stage when a project is mixing, whether you agree with the change or not. Sometimes a cue may even be dropped from the score altogether. In the end, you are serving the vision of the project you are working on; so something you thought was amazing may not be perceived that way by someone else. My basic rule is that you need to feel good about what you’ve created and it needs to be the best it can be when it leaves your studio because you never know where it will end up in that project you are working on, or beyond, and you may not have a chance to go back and do that last final mix tweak, etc.

You started your company, Gramoscope Music, over 10 years ago. How did starting that company benefit your creative process?
I created Gramoscope Music because early on in my career there could be significant downtime between scoring a film or scripted show. I never knew how long that downtime would last, and, in some cases, it lasted long enough that I wouldn’t be able to pay my rent. Starting Gramoscope Music has given me the creative freedom to explore various film and television projects I might not have been able to do without the support of the company and my team.

Amid all the rapid changes in technology and outlets for storytelling, how do you think your industry will change in the next 5 or 10 years?
At the moment there are so many different platforms for storytelling and so many different projects being created, so it’s a great time in terms of the amount of work out there. The only big change I worry about in the long run is that a lot of these different platforms, and in some cases networks, are starting to not have performing rights blankets with the PROs and they are trying to do buyouts or direct licenses for composers writers share. Performance royalties are such a huge piece of the pie for composers and something we count on long-term, especially when it comes to those slower periods. Hopefully, more of these platforms will start to pay performance royalties or increase the rate at which they are currently paying them.

You were in the band Deadsy for a long time; did you ever think about reuniting?
We’ve actually been working on a new record for the past year and it should be out towards the end of 2020. I’ve been recording and writing with the band all over town on weekends and at night when I’m not composing. It’s been super fun to work on something purely for the enjoyment of making music, with no deadlines or pressure. The new record is turning out great and I think people are really going to love it!

How did joining BMI impact your career?
Joining BMI definitely impacted my career as a composer as well as my company Gramoscope Music. As a composer I had no idea there was such a great community of supportive and helpful people from Doreen Ringer-Ross to Alison Smith. They all have helped push my composing career forward by introducing me to other composers and creatives; and always being available for anything I need, even if it’s just some quick advice. On the Gramoscope side of things, our performance royalties actually increased due to the way BMI accounts for performances. When you have thousands of pieces of music in hundreds of shows across all platforms it’s very difficult to track and make sure you are actually getting paid on everything. BMI goes out of their way for us to help ensure we are receiving what we should be on the performance side of things. It’s not an exact science but they definitely go above and beyond.