Posted in MusicWorld on February 16, 2011 by Drew Kennedy 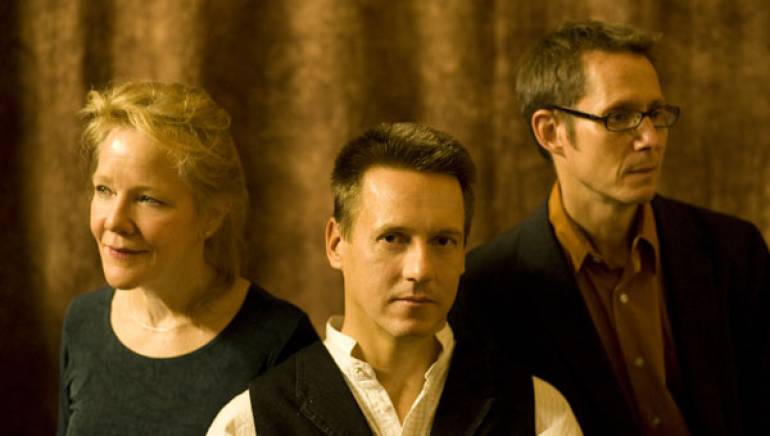 There are many appreciable things about the way in which a singular bird greets the impossibly enormous dawn of a new day. Standing alone, though in solidarity by way of shared feather and flight with its cousins of every size and color, it carries with it a singularly specific trait that, despite all others, has continually managed to catch the ear and imagination of its human counterpart: song. Perhaps the most amazing thing about these little creatures is not the fact that they can sing, but the fact that they simply don’t know how not to.

Alan Williams, Darleen Wilson, and Greg Porter started making music together for this same reason. All having been veterans of past musical endeavors ranging in a variety nearly as wide as that of the bird population of North America, but now finding themselves involved in other less melodic professions, the trio discovered that the music they created together—their distinctly haunting and beautiful brand of harmonized acoustically based sounds—was something that they performed more out of need than of want. And so, Birdsong at Morning was born.

“We found ourselves precariously balanced between the love of making music and the feeling of being compelled to play it for people,” says Williams. “We wanted to make sure that in doing so we didn’t lose the reason for why we were doing it.”

With that in mind, Birdsong at Morning recorded and released four separate EPs of their literate and sparsely grandiose material over a span of two years, and while separately each stood on its own, a common thread undeniably laced its way through each, connecting the offerings. That lace has now been neatly bowed in the form of the group’s new box set, released February 15: “Annals of My Glass House,” a sprawling collection of poignant beauty delivered through Williams’ keenly poetic eye.

“Our music is a hybrid of styles—it’s simple and direct, but it’s not naïve,” Williams muses. “It’s not so much rooted in a place as it is the self-conscious awareness of making music that deals with a lot of different concepts.”

Simple and direct, carrying with it the breadth and depth of the kind of observation only an acute student of the world around him can deliver. Not, it’s safe to reason, unlike the songbird, who knows not why he sings his way through life, but only that he must.