Legendary country singer-songwriter and BMI Country Awards Icon Bill Anderson dropped by the BMI Nashville office August 11 to celebrate five of his songs reaching Million-Air milestones. The awards, given to celebrate the tracks’ millions of radio spins, were awarded to “Tips Of My Fingers” for three million, “Whiskey Lullaby” for two million, “Give It Away” for two million, “Saginaw, Michigan” for one million and “Lord Knows I’m Drinking” for one million. Bill is the only country songwriter to have a top 40 hit in seven consecutive decades and recently penned  an autobiography, Whisperin’ Bill Anderson: An Unprecedented Life In Country Music, due out in September. 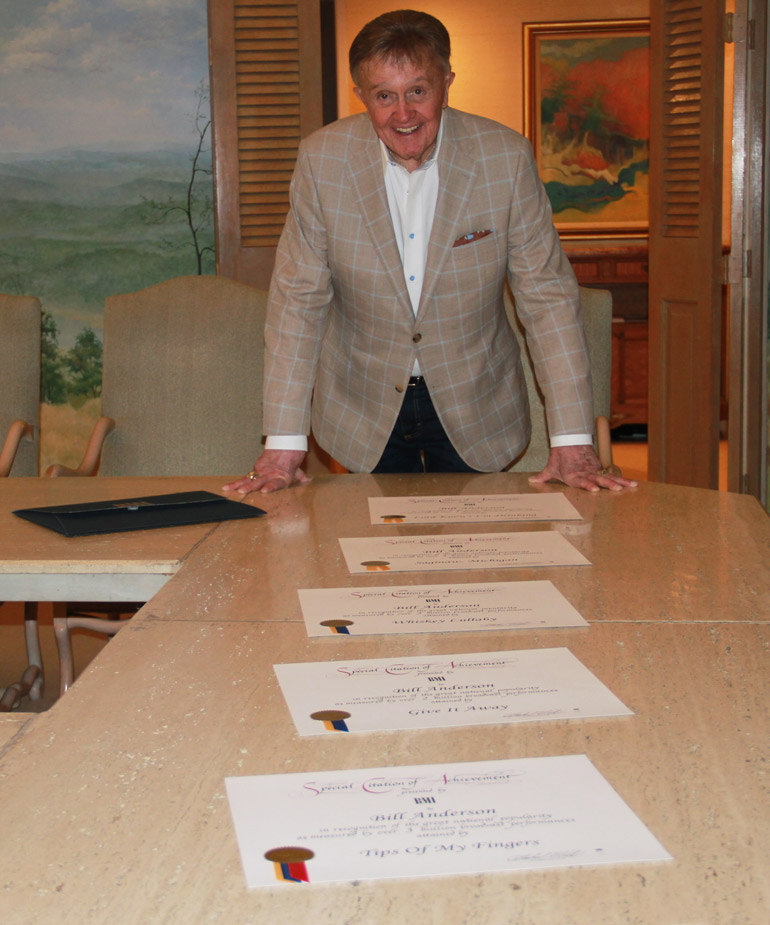