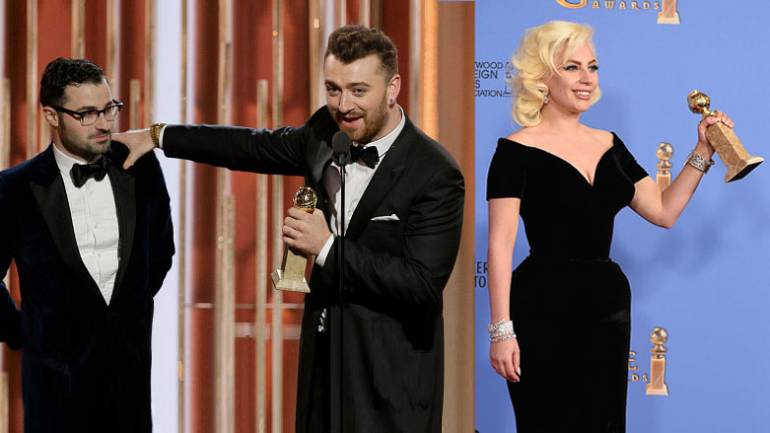 Last night on NBC, multitudes of film and TV fans watched as Sam Smith humbly accepted his first Golden Globe for Best Original Song, “Writings on the Wall,” from the blockbuster film Spectre. Smith, a PRS affiliate who licenses his music in the United States through BMI, has certainly had a whirlwind year, also winning, among other awards, four GRAMMYS for his work as a singer/songwriter. The night (and year) was also special for another BMI affiliate, Lady Gaga, who was awarded the Globe for Best Actress in a Limited Television Series for her work in American Horror Story: Hotel. Gaga was also recently recognized as Billboard’s 2015 Woman of the Year. Congratulations to both Sam Smith and Lady Gaga on awards that show the versatility of their enormous talents. Well done!