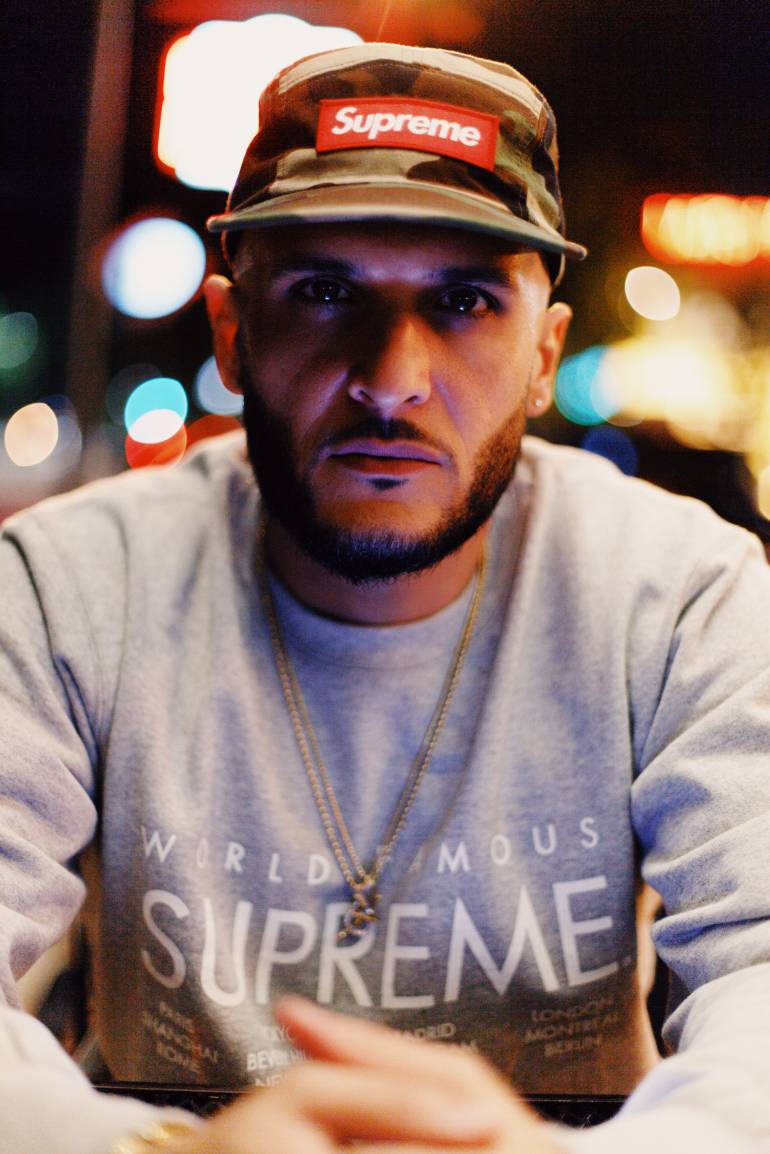 From his roots as a DJ in Miami to his status today as a major fixture on the hip-hop scene, three-time-GRAMMY-winning producer StreetRunner, aka Nicholas Warwar, established himself in 2004 by way of “Take Me Home,” the mammoth hit single by Terror Squad. Since then, StreetRunner’s only been running onward and upward. Now based in Atlanta, his work has gone multi-platinum and he’s collaborated with top artists like Lil Wayne, Eminem, Fat Joe, Fabolous, The Game, Ludacris, 2 Chainz, Rick Ross, LL Cool J, Nicki Minaj, Slaughterhouse, DJ Khaled, Meek Mill, Remy Ma, Lupe Fiasco, Lil Baby, Nas, Ceelo Green, the late Nipsey Hussle and many more. Fresh off his most recent GRAMMY win for Best Rap/Sung Performance for DJ Khaled’s “Higher,” featuring Nipsey Hussle and John Legend, BMI caught up with the prolific producer to ask him how he makes it all work. Here’s what the man had to say.

What has been your “Momma, I made it” moment?

At this point in my career I’ve had several of those moments. Going gold for the first time, then platinum. Producing an album that sold 1 million copies in a week. Also my first GRAMMY win. Personally, the real “Momma, I made it” moment to me is getting paid for what I love to do.

How did you get started in the music industry?

At first I wanted to be a DJ. Then I got inspired by DJ Premier, RZA, Havoc, Pete Rock etc. to make beats. Once I figured out I had what it took to make it in music, I got on my grind. A year later, I met Fat Joe and produced Terror Squad’s Billboard-charting single, “Take Me Home.” The rest was history.

What did you learn from working with the late Nipsey Hussle?

The names of artists you’ve worked with is impressive. How do you account for your tremendous success?

My consistency, grind and drive to always want to do bigger and better.

Are there any artists that ‘got away,’ so to speak? Who would you still love to produce?

Drake (on a solo song), J. Cole and Kendrick Lamar. I know if I locked in with these guys I would make some amazing s***.

What’s the secret to a great collaboration?

Chemistry. To me, that’s most important. Without it, the process will feel forced.

You’ve won three GRAMMY Awards for your work, thus far, and been nominated multiple times – does that ever get old?

:::laughs::. No, that won’t ever get old. I think every producer should strive for Quincy Jones-level GRAMMY numbers.

Where do you see Hip-Hop headed?

What role has BMI played in your journey, thus far?

BMI has been a great support system for me. Shout out my guy Omar!