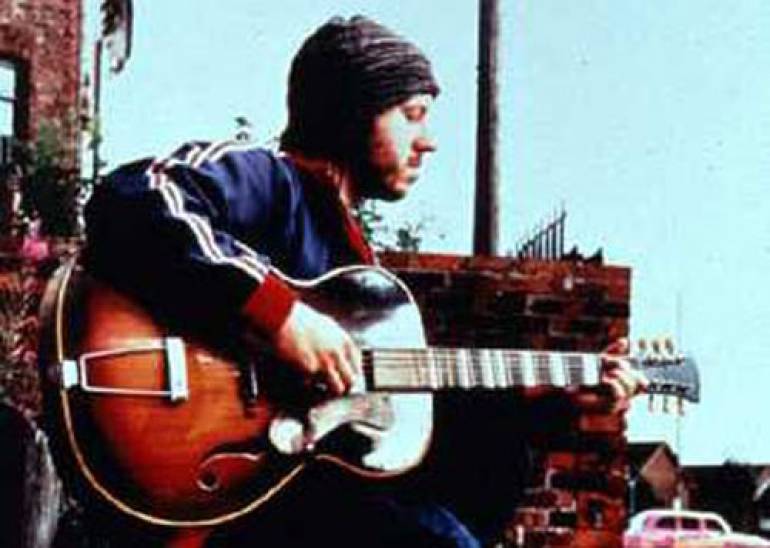 In a recent album review, Rolling Stone noted that Gough has "mastered the art of evoking melancholy without slathering on too much sentimentality," while Spin commented that the album "feels like a jumbly, intuitive mix tape, with fragments and drowsy doodling suddenly broken by lovely, complete ballads." Indeed, the 18-track album runs the emotional and stylistic gamut, offering understatedly evocative songs that mix intimate introspection with lo-fi rock, though Gough resists the latter characterization.

Gough grew up under the influence of his musical hero Bruce Springsteen, and began writing seriously in 1990, eventually purchasing a used four-track tape deck to record his compositions in his bedroom. In the mid-'90s, Gough moved to Manchester and helped to set up indie label Twisted Nerve, which released three early Badly Drawn Boy EPs. He got an unlikely career boost after The Fall's Mark E. Smith mistook Gough's car for a taxi outside of a Manchester bar and demanded to be driven home; Gough agreed, provided that The Fall record his song "Tumbleweed."

In 1998, Gough won considerable attention in the U.K. after collaborating on a track, "Nursery Rhyme," with James Lavelle and DJ Shadow for their popular UNKLE album. The resulting record-company bidding war ended with Gough opting to sign with the relatively small XL label, home of The Prodigy. As the 31-year-old Gough, who in November undertook his first U.S. tour, explains, he's never been in a rush to become a pop star. "I don't mind if it takes 20 years for people to realize how good an album this is," says Gough. "I totally didn't write it to fit in with what's going on, or is accepted, right now. I just wanted it to be considered a classic piece of work."