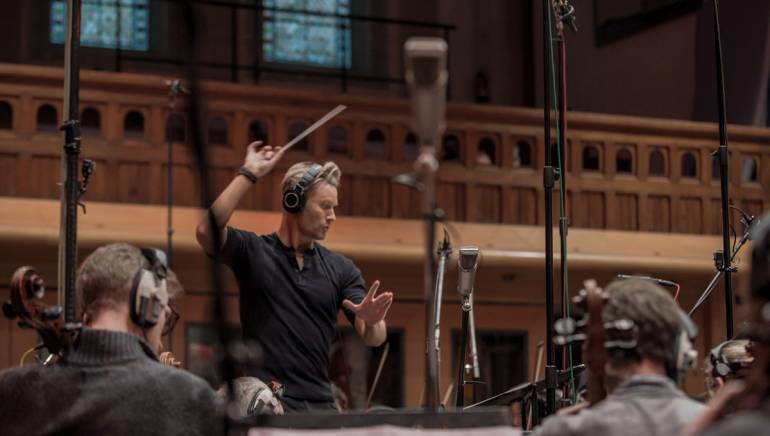 With his compelling score for the new film, Crazy Rich Asians, opening on August 15, and the new epic scripted dramatic series Yellowstone starring Kevin Costner, Formula 1 theme composer Brian Tyler can take yet another victory lap. In addition to these 2018 accomplishments, the talented BMI scribe is also responsible for the crowd pleasing sonic twists and turns that propelled Avengers: Age of Ultron, Furious 7, Iron Man 3, and Thor: The Dark World, as well as Fate of the Furious, which had the biggest global box office opening of all time. Named Best New Film Composer of the Year at the World Soundtrack Awards in 2002, Tyler has since received three Emmy nominations, 26 BMI Awards, and recently won 12 Goldspirit Awards, including Composer of the Year. He was also nominated for a 2014 BAFTA Award and was inducted into the music branch of the Academy of Motion Picture Arts and Sciences in 2010. And as if that doesn’t sound like enough, the 70 or so films to which he’s contributed his immense skills have grossed $12 billion worldwide.

So, who better to ask when it comes to seeking advice for aspiring composers? The renowned conductor and multi-instrumentalist, who plays piano, guitar, drums, bass, cello, world percussion, synth programming, guitarviol, charango, and bouzouki (the list goes on and on…) graciously gave us his insights. Get ready for his inside tips on when to follow, and break, the rules.

Tell us about your music for the new film Crazy Rich Asians. What drew you to the story and how did that translate into the music you wrote?

I loved Kevin Kwan’s book and was so happy that my friend and collaborator director Jon Chu (whom I worked with on Now You See Me 2) brought it to the big screen, which he has done brilliantly. The story and the film spoke to me on many levels. It is emotionally moving while incredibly funny, and has timeless themes of love, family, struggle, and acceptance. And the way Jon directed the film, it has an amazing throwback style from big, bold technicolor films of classic Hollywood. Because of that, I really wanted to make a splash with this score in a way that touched upon the classic film style of the great romantic comedies of old Hollywood with the charisma and beauty of Asian culture. I composed music that is new and specifically thematic for Crazy Rich Asians but in the style of vintage big band jazz music, classic romantic string scores, along with traditional Asian music. The idea of combining the spontaneity of jazz with the scope of classic orchestra was a dream. And some of the most incredible jazz musicians and classical musicians played on the score and blew my mind. That kind of musicianship on hand, combined with such a wide sonic palette, really brought the deep emotional resonance of the central love story alive. The jazz music provided a fun wild throwback tone and the strings brought the main themes to life in a way that articulates both the love and loss in relationships - familial and romantic. This movie makes you laugh and it makes you cry! Needless to say, it was a completely fresh challenge and one that I relished.

The score for the dramatic series Yellowstone starring Kevin Costner, as well as the theme to Formula 1, also filled up your resume this year. Tell us a bit about those projects and how you got involved.

Taylor Sheridan is a superb writer and director and I was an admirer of his work on Sicario, and direction on Wind River. When we first talked about Yellowstone, his insight into the music really spoke to me. The story of these families, the tone poem style, the betrayal, violence, and emotion all converged in a unique way that required a unique approach to the music. Instead of straight ahead western music, we decided to approach it more mythologically with a blending of classical minimalism, chamber strings, and instruments from around the world. The visual canvas and thematic narrative of Yellowstone inspired me to create music that is intimate, tragic, and impressionistic in ways I have never before thought possible. I worked with so many phenomenal musicians from around the world ranging from the London Philharmonia Orchestra to superb soloists on viola, cello, and fiddle to capture the human soul behind the story. I strove for composing music that would support the complexity of the story and its characters. The tone of the music needed to reflect melancholy, joy, regret, intensity, revenge, love, tragedy, and beauty all at the same time. The music echoes tones throughout by use of thematic melody that feels as if it is at the heart of an epic yet intimate saga, while at times creating atmosphere that pushes the boundary of where music and sound converge.

Writing the theme for Formula 1 was a dream come true. As an avid fan of Formula 1 racing, I have watched every single F1 race for as long as I can remember. So, it was a “pinch me” moment when the Formula 1 organization called me out of the blue to ask me to write the first theme ever written specifically for Formula 1. I really wanted to emphasize the one element that makes F1 so vital: the emotion. The triumphs and tragedy of this incredibly dangerous and exciting sport is especially relevant. Watching a season is an emotional rollercoaster and that was the essence that I wanted to capture. So, while the sound of the theme needed to be epic and catchy, there is a deeply emotional component to the theme. Conducting the Philharmonia in London and choir for the theme was a true career highlight!

Having experienced so much as a composer working on such diverse projects, what would you say is the most important thing you’ve learned?

The most important thing I have come to realize is to never stop learning. I am someone who loves to acquire new knowledge - it is the only way to grow as a composer. The more things I discover, the more I realize that it will take a dozen lifetimes to even scratch the surface of all there is to know. 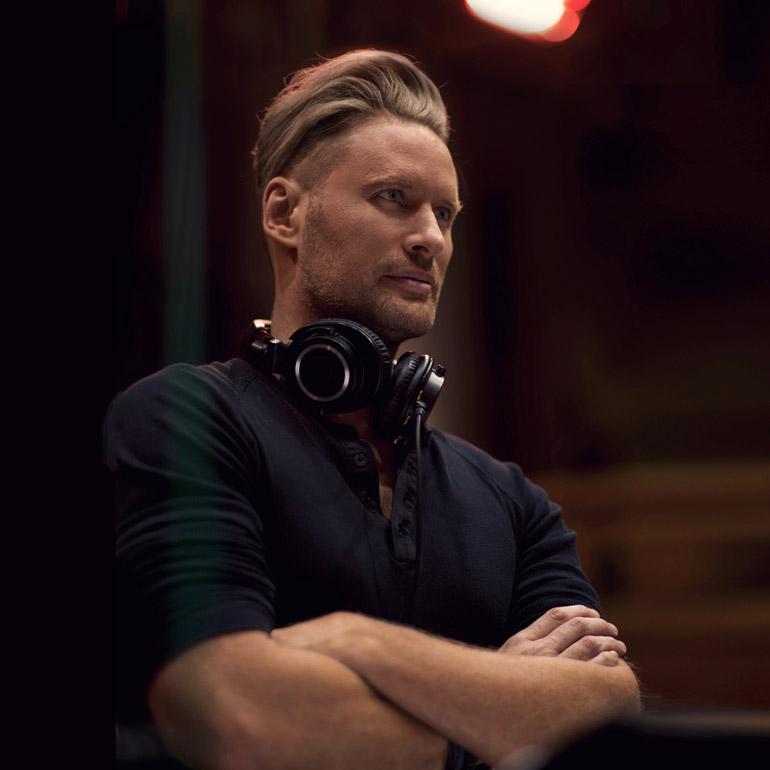 Having conducted your music with such impressive orchestras as the Philharmonia in London, what level of skill, in arranging, technology, transcribing fluency, etc., do you think aspiring composers need to have today?

Aspiring composers should certainly master their craft (compositional technique, orchestration, harmony, counterpoint, etc.), but not be afraid to break the rules when necessary. It’s also vital that they are fluent in technology such as samples, mixing, midi, and recording. Technical proficiency on a multitude of instruments is also a great asset, however, I think that finding one’s own voice and path is an important one. Study the greats, but blaze your own trail.

Given that there are so many ups and downs for aspiring composers, what advice would you give on how to turn a negative experience into a positive one?

As a composer, don’t worry about what is perceived as the “downs” part of ups and downs. Relentlessly pursue your passion for writing music. Ups and downs are the outside world’s judgments. It isn’t about status, it isn’t about accolades, it isn’t about financial gain. At the end of the day, it is about the music. We cannot control what other people think, so don’t bother. Just do what you believe is the best you can do as a composer and you’ll find true satisfaction as an artist.

What instrument, would you say, is the most helpful for a film/TV composer to know backwards and forwards?

Without a doubt, the vibraslap. Haha. No, but seriously, I would say that the piano is probably the most useful single instrument overall, but so many are important. However, I would say the most helpful instrument isn’t really an instrument per se. It would be the orchestra - understand the instruments of an orchestra and how they are played, so when writing for them, you don’t fall into the trap of writing keyboard lines for them. For instance: cellists - write cello lines for cellists, not piano lines for cellists. Understand ranges and fingering and bowing from the perspective of a cellist, which goes for every instrument in the orchestra. So much of scoring these days is “mocked up” and written on a computer/sampler, which the orchestra is then asked to play; they are asked to play like a living sampler keyboard. One can never master every instrument of the orchestra of course, but it is so beautiful to let the instruments flow and come alive in their own unique ways. Learning how those instruments are played to their strengths will go a long way to bringing your compositions alive.