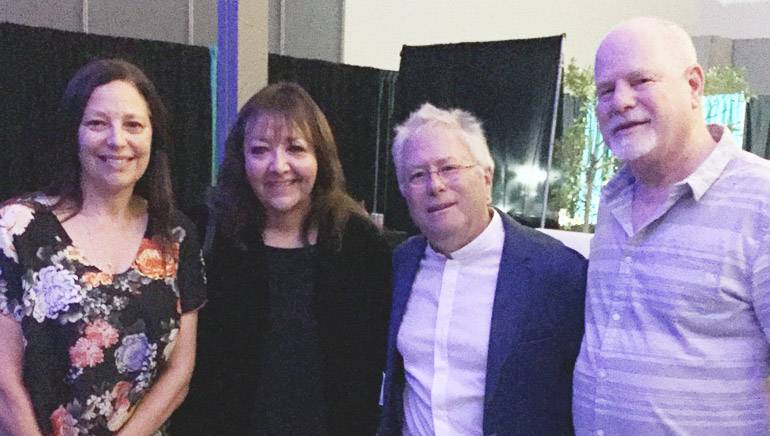 Renowned composer Alan Menken shared the stories behind three decades of hit movies, musicals, and songs at a charity event Saturday night, raising more than $50,000 for the Coffin-Siris Syndrome Foundation and the CHIME Institute Early Education Programs. Featuring music from The Little Mermaid, Beauty and The Beast, Little Shop of Horrors, Aladdin, Pocahontas, The Hunchback of Notre Dame, Hercules, Enchanted, Tangled, Newsies, and more, Menken’s acclaimed one-man show gave the enthusiastic audience a close-up experience of the Oscar-winning composer playing the piano and singing his own unforgettable music.

The event, which was directed by Hollywood agent, Richard Kraft, was held at Club Kraftland, a temporary space inside Kraft’s pop up museum of Disney collectibles called “That’s From Disneyland.” The collectibles, which were on public display for the month of August and were visited by tens of thousands of Disney fans, were then put into auction August 25 and 26, raising more than $8.3 million, a portion of which will go to the two charities in honor of Kraft’s young daughter who attends the CHIME school and suffers from Coffin-Siris Syndrome.