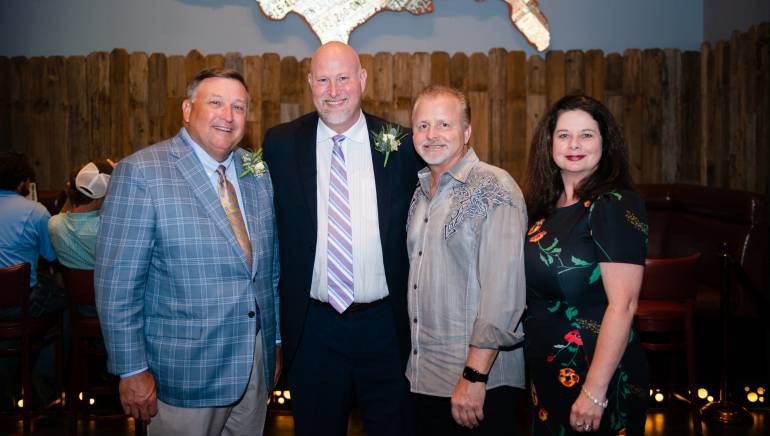 Award-winning BMI songwriter Frank Myers was the featured entertainment at the Louisiana Restaurant Association annual board meeting and awards show held recently (10/30) at L’Auberge Resort in Lake Charles. Myers got his start in Nashville as band leader, road manager and lead guitarist for Eddy Raven. During the performance, Frank played several songs he wrote with Eddy, including “I Got Mexico,” “Bayou Boys” and “Sometimes A Lady,” in addition to his #1 songs, “Just You and I” (recorded by Eddie Rabbit and Crystal Gale) and “I Swear,” which was a #1 song for John Michael Montgomery.

The Louisiana Restaurant Association (LRA) was established in 1946 to advocate on behalf of the state’s foodservice and hospitality industry among elected officials and regulatory agencies. The association represents 7,500 restaurant operations and related businesses, including hotels, caterers and suppliers of goods and services to the industry.