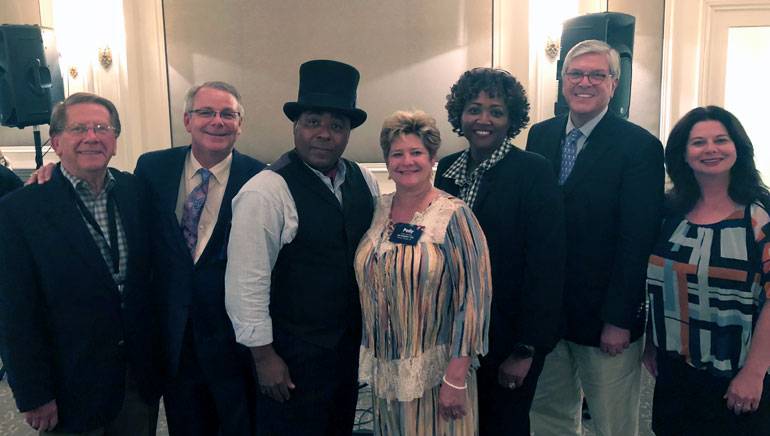 Multi-talented GRAMMY award-winning BMI blues artist, producer, composer and actor Chris Thomas King took center stage at the Louisiana Association of Broadcasters (LAB) and Mississippi Association of Broadcasters (MAB) board dinner, held May 30 at Galatoire’s in New Orleans. The Louisiana native entertained the audience of state broadcasters singing the award-winning songs he wrote for the film O Brother, Where Art Thou? in addition to songs from his album, Antebellum Postcards.

King’s acting career includes prominent roles in the Oscar-winning film Ray, where he plays band leader and blues guitar player Lowell Fulson. In O Brother Where Art Thou?, he plays a skilled blues guitarist who claims he sold his soul to the devil in exchange for guitar skills. King also accompanies the film’s band the Soggy Bottom Boys on guitar; his rendition of “Hard Time Killing Floor Blues” was recorded live during filming and was included on the film’s GRAMMY award-winning soundtrack. King is one of the most successful blues musicians of his generation, selling more than 10 million records in the U.S.