Posted in MusicWorld on November 12, 2007 by Kevin Zimmerman 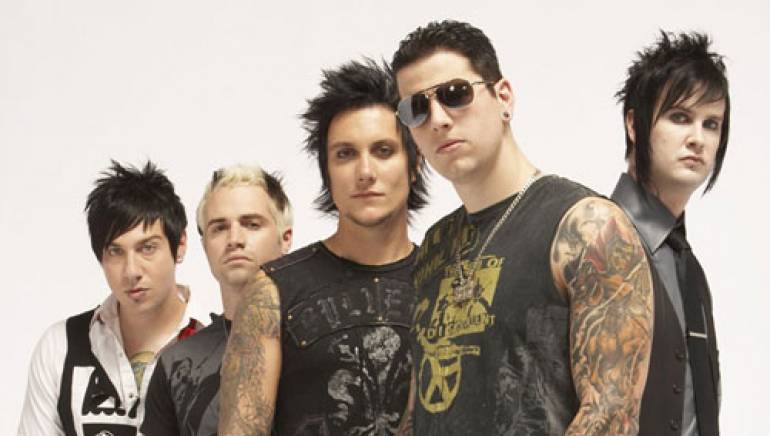 “All those months on the bus we really weren’t finding new rock that was moving us,” says Shadows (born Matthew Sanders). “Instead, we were listening to everything from Toby Keith to T.I., and finding elements we could incorporate into what we were doing to make our next record more interesting to us.”

Indeed, the string sections on the soaring “Afterlife,” the children’s choir on “Unbound (The Wild Ride)” and the pedal steel/banjo stylings on “Dear God” might strike longtime A7X fans as mind-bogglingly incongruous, but as Gates says, “It’s the dueling guitars, Shadows’ voice and the Rev’s brutality that make every one of the songs sound like Avenged Sevenfold.”

The group’s also entered a new phase lyrically, Shadows says. “I feel we all experience a certain inner conflict,” he says, “the push and pull between how we think we should act, or want to act, and the temptations and human instincts that we often blame when we don’t end up being the person we want to be.”

All the boundary pushing on display, he adds, came naturally. “We write what we really feel in our hearts,” he says. “The label didn’t push us. We took six months to write, and we wrote every single day and just drained everything out of us. At the end of the day, we were 100 percent happy.”

Playing to an expanding fanbase through the end of the year, it seems that A7X’s followers feel the same way.