Posted in MusicWorld on January 10, 2011 by Lisa Zhito 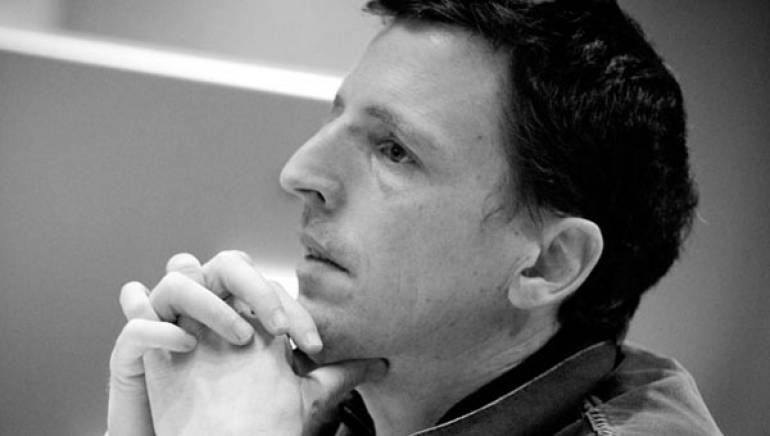 On August 30, a music clip dubbed “Hand Covers Bruise” appeared at thefilmstage.com. It was four and a half minutes of ominous, brooding atmospherics, and it ricocheted across the Internet, sparking vigorous debate on music blogs and film sites.

“If you don’t think this doesn’t make you really think, then [explicative] off and go listen to whatever [explicative] music it is you listen to,” shot back another supporter.

“I think right now what everyone is hearing is the backdrop,” said an amused Atticus Ross a few days later. “There’s no melody in it yet. There’s a certain aesthetic that you’ll see as more is revealed.”

The clip was snipped from the score Ross and longtime collaborator Trent Reznor were composing for The Social Network, David Fincher’s much-ballyhooed look at Facebook entrepreneur Mark Zuckerberg. It’s not often a composer has snippets of his work leaked to the ‘net two months before a film’s release, and the irony here is undeniable: a film about the internet generates buzz by leaking a music clip…to the internet? It’s all very “meta,” to cop a blog term.

The final version of “Hand Covers Bruise” features a light piano melody over the moody theme which caused such hubbub back in August. The gripping result: a palpable aural tension which still maintains its human touch.

Achieving this balance has fast become a signature for Ross, a relative newcomer to film scoring. A distinct tension was also prevalent throughout his work on Book of Eli, his first feature film score, for which he received a BMI Film Music Award, and a nomination at The World Soundtrack awards. Eli was a post-apocalyptic, futuristic thriller – very different from The Social Network. Still, the two have aesthetic similarities rooted in the story’s human drama, he says.

“On the surface ‘The Social Network’ is about this guy who’s started Facebook and whatever,” Ross says. “But I think on a deeper level, there’s this very human story we were trying to give voice to, in the same way that ‘Eli’ was kind of this blockbuster-y thing. But what it was trying to do was voice a human story within that.”

Ross is already known in many circles for his collaborations with Trent Reznor of Nine Inch Nails, but he is enjoying the new challenge of scoring films.

“It’s not like I have a lot of experience in film,” he jokes, “but the bit I enjoy most is in the beginning, when you’re generating ideas that might be appropriate for the world of what one’s going for. That first bit, where you’re just kind of, ‘Okay, this is the world that we’re in, these are the general ideas that seem to be working, and now let’s be creative and try to make music.’ That’s the bit I really love about it.”

This feature was originally published Oct. 1, 2010.