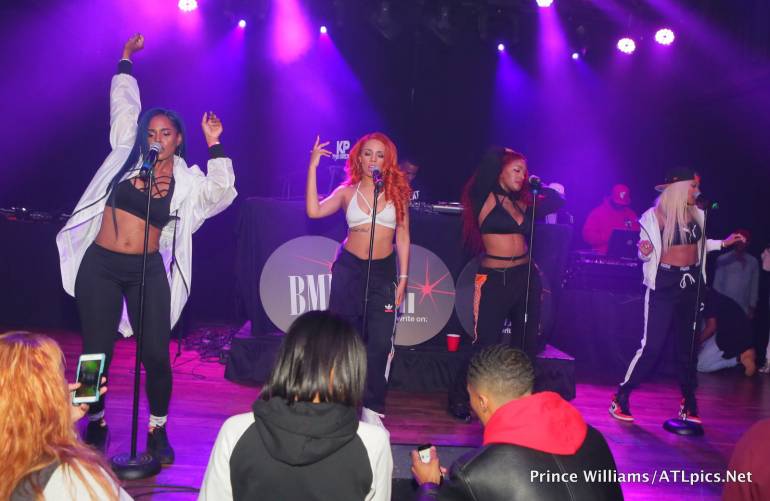 BMI hosted some of the recording industry’s most promising talent in R&B and Hip-Hop at the ‘Know Them Now’ Showcase held at Terminal West in Atlanta on April 6. Hosted by Gipp Goodie of Goodie Mob, the evening kicked off with a rousing set by rap trio Minus Gravity, followed by a performance by Philadelphia all-female R&B quartet Good Girl. Youthful newcomer SahBabii came next, proving that at only 19 years old, he could still bring the heat. The event culminated with high-energy sets from Sonny Digital and YFN Lucci that completely brought the house down.

During the course of the showcase’s proceedings, superstar CeeLo Green was honored with the Legends of ATL Award for his contributions to both his native Atlanta’s music scene and his impact across the globe. Past recipients of this honor include Pastor Troy, Big Oomp, Dallas Austin, Big Boi of OutKat, Organized Noise, Lil John and DJ Toomp, among others.

In between sets, Atlanta’s own DJ KP The Great kept the crowd hyped and excited while former BMI Legends of ATL Award recipient (2013) and V-103 Radio DJ Greg Street broadcasted the event live.