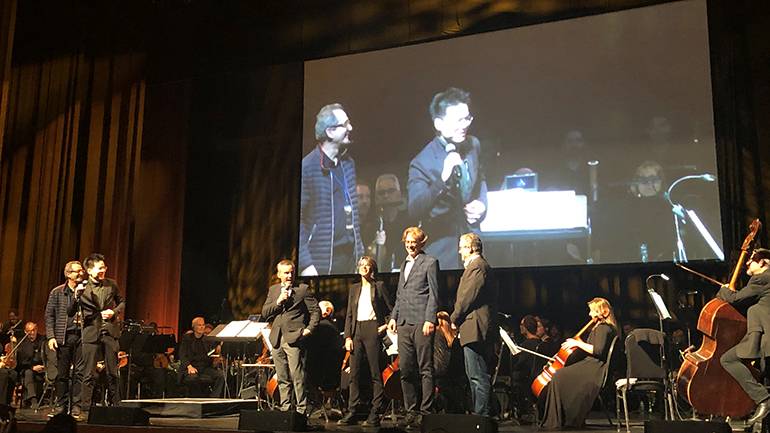 Composers Jesper Kyd and Sarah Schachner are introduced to the crowd by actor Roger Craig Smith, who voices the main character, Ezio, from “Assassin’s Creed.” 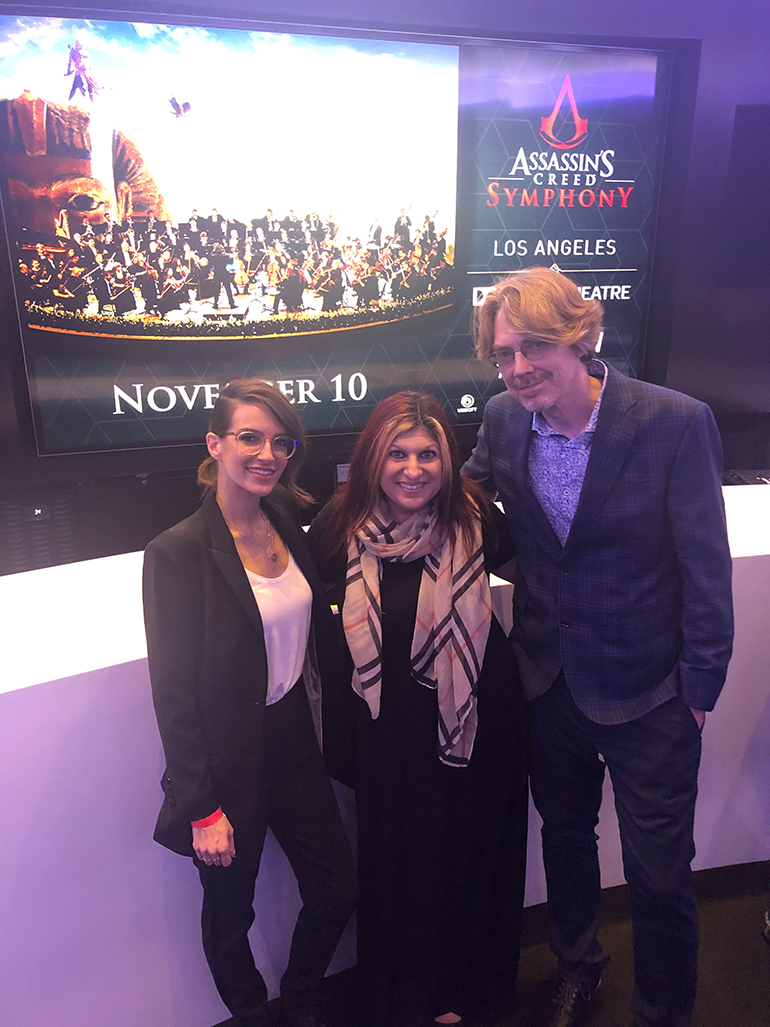