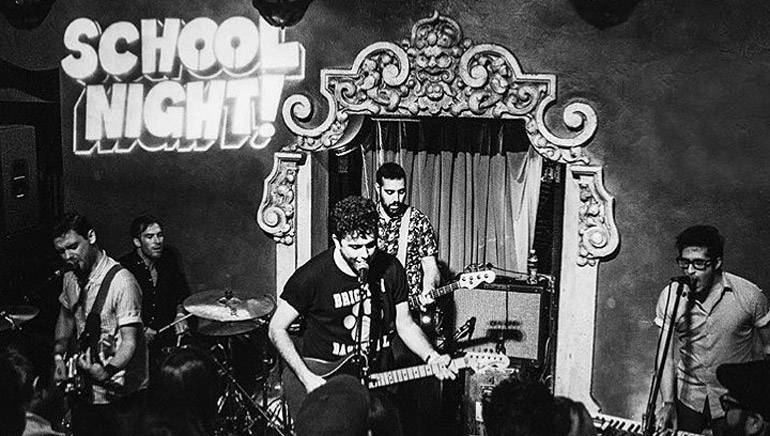 Photo: Arkells takes the stage at BMI’s September Pick of the Month.

Canadian rock band Arkells was the featured act at the September edition of BMI’s Pick of the Month series on September 21, at Bardot. The enthusiastic LA audience was treated to songs from their latest release High Noon, including singles “Leather Jacket,” “11.11,” and “Come to Light.” Arkells will also be performing at the Knitting Factory in Brooklyn, NY, next Wednesday, Oct. 7.

BMI’s Pick of the Month is a monthly showcase that highlights fierce new bands as well as solo artists. Designed to elevate performers already poised for breakthroughs, the series further introduces auspicious up-and-comers to both the industry and general public in a top-tier Los Angeles venue for discounted admission. Past BMI “Picks” include Lady Gaga, Macy Gray, Edward Sharpe and The Magnetic Zeros, and 3oh!3.