Posted in MusicWorld on January 18, 2012 by Kathy Iandoli 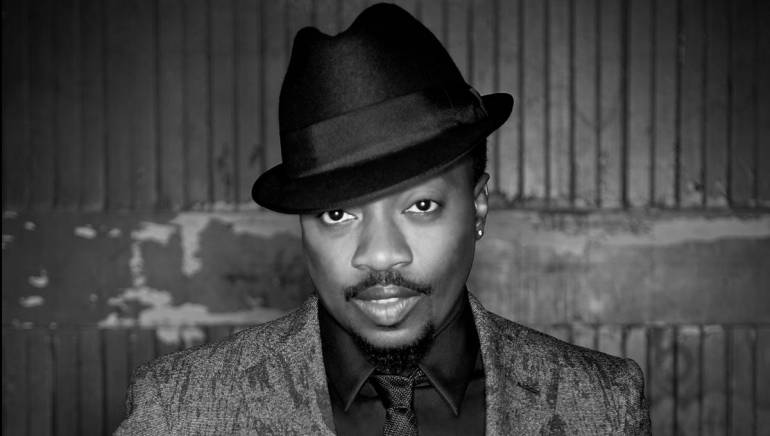 “I haven’t been on a swing in years,” Anthony Hamilton explains as he glides on a friend’s swing in North Carolina. The Grammy Award-winning singer/songwriter is taking breather as 2012 sets in, coming off the high of his recent release Back to Love. With a decade invested in music, Hamilton has carved a sizeable niche, due largely to his relatable songwriting hugged by his deep textured vocals.

Anthony Hamilton rose to fame in 2003 with the release of his debut album Comin’ From Where I’m From. The platinum-plus selling work yielded the colossal hit “Charlene,” solidifying Hamilton’s place in music. His fanbase evolved from cult to widespread (affectionately referred to by Hamilton as “fanmily”). Six albums later, the crooner still achieves relevance in a fickle industry.

“Tempo is very important nowadays,” he explains. “You have to have some on an album; plenty of it.” He took note on Back to Love. “This new album came in sections,” he says. “I was in a space where I wanted to change it up a bit. I was in a moving mood; I wanted to feel like it was traveling. Even the ballads, like, let’s make this thing move a little bit.”

“I’m just attracted to life,” Hamilton says of his songwriting inspirations. “The things I’ve experienced from day to day from a child to now, I can just rekindle all of those moments and go from there. I’m always inspired.” With twin sons a little over a year old and another son on the way in June, Hamilton admits that having babies around brings him a whole new level of positivity in his songwriting. “They still keep me busy though,” he jokes.

As a man who calls himself a “lazy alto” and has penned for the likes of Al Green while working with rappers like Rick Ross, Anthony Hamilton is a man for all seasons. In the ever-changing landscape of music, his feet are firmly planted. “I’ve stood the test of time and proven that real music can live in a world where everything is technology-driven and everything is fly by night,” he explains. “With space suits and snare drums, there’s still a place for me.”