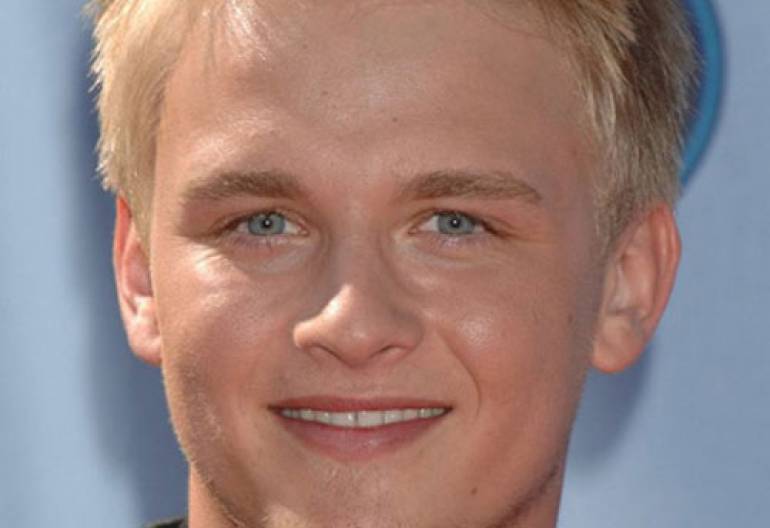 From a young boy who was never supposed to be able to speak, to a man with a golden voice, Anthony Fedorov has truly beaten all the odds.

As a Top 4 finalist in season four of American Idol, to being voted the No. 2 most popular performer in the 2005 Idol summer tour, Anthony has begun the ascent he has dreamed about all his life.

His presence commanded attention, his voice commanded respect and endeared him to the over 130 million viewers and voters that tuned in week after week to vote him into the Top 10.

Anthony ultimately landed in the Top 4 with Carrie Underwood, Bo Bice and Vonzel Solomon, and by that time had become instantly recognizable and much loved by fans of the show everywhere.

Anthony was born in the Ukraine in 1985 to a very musical family. His grandmother sang opera and what can be called Russian “country” music, and his father plays guitar and accordion.

As a very young child, Anthony was stricken with a growth in his throat that needed removal. The doctors feared that removal of the growth would result in his inability to ever speak. For a considerable time that was true. But with the strength and caring of his family, Anthony overcame that hurdle. However, the physical scar remains—as in the tracheotomy, which is so clearly visible and frankly has become one of Anthony trademarks.

At the age of 9, Anthony moved with his family to the U.S. The only words in English he knew at that time were “thank you,” which he learned at school in Russia.

By age 10, he was speaking fluent English, and by age 14 he was singing with the promise of the powerful voice to come in clubs and restaurants around his hometown of Philadelphia and within New York. By this time, Anthony was singing in Spanish and Italian as well—his knack for languages is uncanny.

Anthony joined the 2005 American Idol summer tour, which played in 44 cities to over a half million people. Anthony has appeared on many of the most popular TV talk shows, including the Tonight Show with Jay Leno, The Ellen Degeneres Show, Live with Regis and Kelly, The Tony Danza Show, and a host of Fox Network shows.

In January 2006, the Fox Reality network re-aired the entire fourth season of American Idol and in June, Anthony was featured in the celebrity competition on Fox’s Fear Factor.

Summer 2006 was very productive for Anthony. While touring and performing live and working on solo material with some of music’s most successful songwriters and producers—including Desmond Child, Diane Warren and Richard Marx—he also found time to co-star as a judge in the MTV original show “MTV’s Little Talent Show Triple Threat,” which is slated to air on the network later this fall. Anthony appears in four episodes.

Aside from the fame he has enjoyed from his experience competing on American Idol, Anthony has remained true to his passion of creating and performing great music.

One can only expect that, with a story like this, the true beginning has yet to be written.