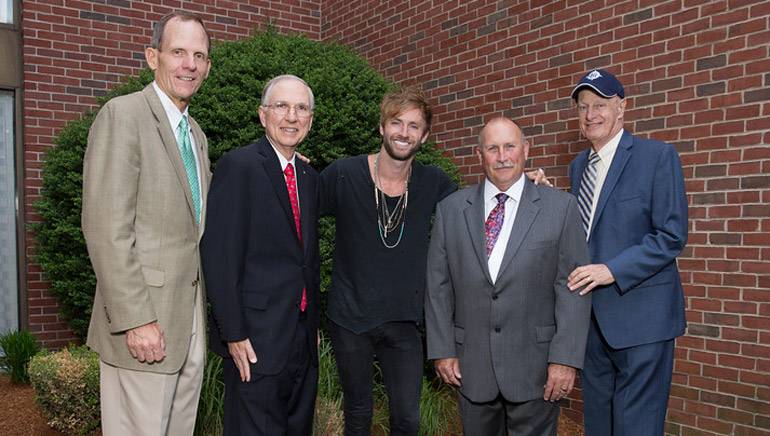 As has become tradition, BMI provided the entertainment at Hall Communications’ Annual Awards Dinner held recently (6/6/15) at the Providence Marriott Downtown. BMI singer-songwriter Paul McDonald performed a number of songs from his debut solo album, to be released later this year. McDonald gained notoriety after placing in the Top 10 of FOX’s American Idol. Since then, he has appeared on shows such as Jay Leno, Good Morning America, Regis & Kelly, and a co-star role on NBC’s Parenthood. Hall Communications owns and operates 21 AM and FM radio stations in Florida, the Mid-Atlantic and New England states. They gather each year to recognize excellence across their station group.