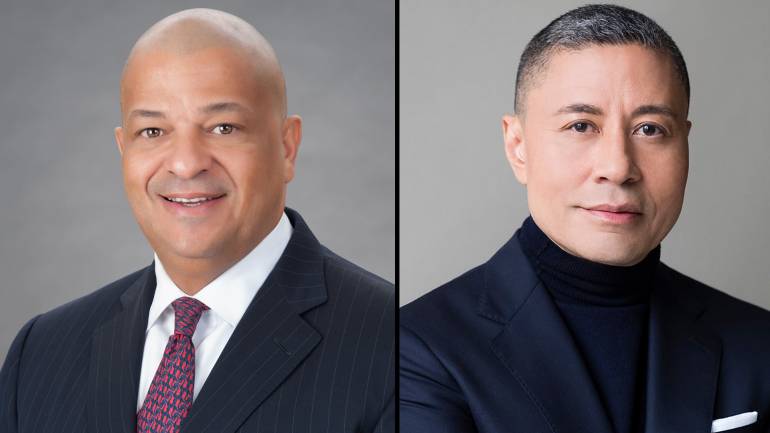 “We’re very pleased to welcome Alfred Liggins and Craig Robinson to the BMI Board of Directors,” said Caroline Beasley, Chairman, BMI Board of Directors and CEO, Beasley Media Group, LLC. “Both Alfred and Craig have achieved incredible success at their respective companies, and they each bring innovative leadership, unique perspectives, and key expertise that will make them invaluable additions to the Board. The entire Board looks forward to working together with Alfred and Craig as we continue our mission to protect and grow the value of our songwriters’, composers’ and music publishers’ creative work.”

Mr. Liggins’ leadership at Urban One, Inc. led to the company’s diversification beyond radio into the cable television and digital media spaces, positioning Urban One as the largest Black owned distributor of urban content in the country. After working his way up in the company, Mr. Liggins became President in 1989. A decade later, he took the company public, making Radio One a NASDAQ listed company. He also brokered a billion-dollar deal with Clear Channel and acquired Blue Chip Broadcasting, making Radio One the largest urban market radio company in the country.

Mr. Liggins also developed TV One, a cable television network launched in partnership with Comcast, designed to provide quality programming for the African American family, as well as CLEO TV, a lifestyle and entertainment network targeting Millennial and Gen X women of color. Urban One, Inc. continued to diversify into syndicated radio programming, as well as online media with iOne Digital, a collection of digital platforms providing the African American community with social, news, and entertainment content across numerous branded websites.

Mr. Liggins is the son and business partner of Catherine L. Hughes, BMI Board Director and Founder & Chairperson, Urban One, Inc. Ms. Hughes, who has been a BMI Board member for 19 years, will remain in her position on the BMI Board until October of this year, when her role will change to Honorary Director.

At NBCUniversal, Mr. Robinson works to define and build a culture that embraces and values diversity in its workforce, culture, content and perspectives. Additionally, alongside Comcast Chairman and CEO Brian Roberts, Mr. Robinson leads Comcast’s $100 million commitment to fight injustice and inequality, and to accelerate company efforts across Comcast, NBCUniversal and Sky in all areas of diversity, equity and inclusion.

Raised in the Echo Park district of Los Angeles, Mr. Robinson’s interest in social justice was sparked at an early age by his parents. His Chinese-American mother retired after a long career in public service, much of it in support of low-income families through the Aid to Families with Dependent Children program. Mr. Robinson’s father was one of the first Black consultants for the Fair Employment Practices Commission (FEPC), where he investigated allegations of racial, gender and age discrimination in housing and employment. Race, equality and civil rights were frequent topics at the Robinson dinner table and those discussions continue to inform and drive his commitment to diversity and inclusion today.

During Mr. Robinson’s tenure, NBCUniversal has been acknowledged for its leadership in diversity and inclusion, with recognitions by Forbes, Fortune and DiversityInc, all naming the company as one of the top workplaces for diversity.

Mr. Robinson was named to his position in August 2011, having previously served as President and General Manager of KNBC, the NBC Owned Station in Los Angeles, where he oversaw all aspects of the television station including news, sales and community relations. Previous roles include President and General Manager of WCMH, the NBC affiliate in Columbus, Ohio; Vice President of Sales for WRC, NBC’s Owned Station in Washington, DC; and Local and National Sales Manager of KCBS in Los Angeles. He joined NBC in 1996.