Posted in MusicWorld on March 25, 2010 by Kevin Zimmerman 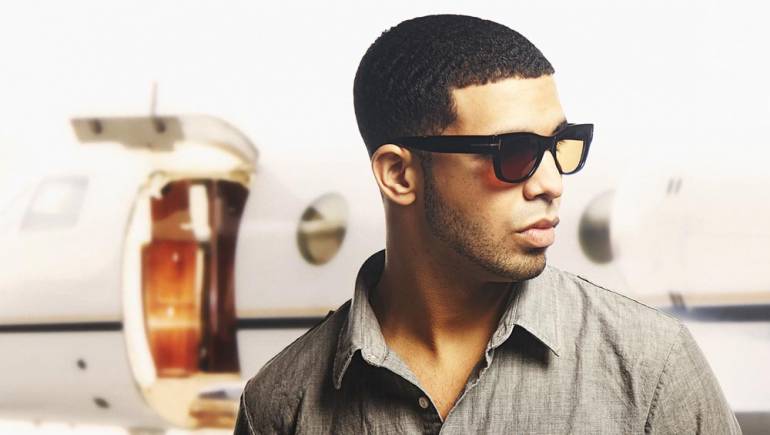 New York magazine’s “Vulture” blog recently proclaimed: “If there’s one guy who doesn’t want 2009 to end, it’s Drake.” While at first glance it may be difficult to argue with that assessment — notching two Top 10 singles in the same week; working with everyone from Jay-Z, Kanye West and Young Jeezy to Mary J. Blige, Timbaland, and Jamie Foxx; supporting Lil Wayne on the well-received “America’s Most Wanted” tour — there’s plenty for the 23-year-old r&b singer/actor to look forward to this year.

His first full-length album, Thank Me Later (Young Money Entertainment/Universal), slated for a March release, is one of the year’s most hotly-anticipated projects. Key track “Light Up,” a collaboration with Jay-Z, is set as the first single and was, according to Drake, nearly a year in the making.

“When I heard that beat [by producer Timbaland], the drums that they had come up with, it was like, ‘Man, this is a moment. This sounds like where I’m at in my life,’” he told MTV News. “The song is phenomenal.”

While Thank Me Later will also feature such big names as Lil Wayne and Kanye, Drake says he’s striving to keep his focus on the personal things in life. It’s an approach made difficult by the incredible success of his 2009 So Far Gone EP, which includes “Best I Ever Had” and “Every Girl,” both of which charted in Billboard’s Top 10 during the week of July 4, 2009, marking only the second time in history an artist has achieved that feat.

Drake says the same basic sound will dominate on the new disc, though he believes the end result represents a move into even bigger, more energetically resonant styles. While he also feels his rapping skills have improved, at heart Drake feels he’s still primarily a songwriter, not a freestyler.

The man born in Toronto as Aubrey Drake Graham didn’t exactly come out of nowhere. His first major exposure came as Jimmy Brooks, the basketball star who became physically disabled after being shot by a classmate on the long-running Canadian teen TV drama Degrassi: The Next Generation. Though he remained with the show through 2009, Drake first turned his musical ambitions into reality in 2006 with the release of the mixtape Room for Improvement. That led to other mixtapes, which ultimately led to recording and touring with Lil Wayne.

A few hundred thousand downloads and fans later, his third mixtape, So Far Gone, includes tunes by Lloyd, Omarion, Santigold and others, in addition to his own songs. It’s the mixtape that keeps on giving, as on January 13 it was named MTV.com’s “Mixtape of the Year.”

Meanwhile, Drake is striving to keep his oar in many creative waters. He aims to keep his TV connection going via a deal with Toronto-based Degrassi production firm The Nightingale Company to develop a new comedy series. Tentatively titled Us and Them, the series will reportedly examine how a pair of friends with clashing personalities go about getting a leg up in the entertainment industry. Plans are also afoot for intensive culinary training, with an eye towards opening a restaurant in Toronto sometime in the future.

Clearly, a rolling Drake plans to gather no moss.

For now, he’s turning his attention full-bore on Thank Me Later and furthering his musical career. “My life is the best it’s ever been in my 22 years of existence,” he told music download site ShockHound. “I want my music to reflect that, but I still want to be able to relate and connect with people.”

And as for the pop culture nation’s continued growing fascination with all things Drake, he told MTV, “I love the fact that I can tell my story and people enjoy it. That makes me feel good. The fact I have to perform these songs over again, the fact that they have integrity, I never tire of them.”

Kevin Zimmerman is a freelance writer living in Connecticut.