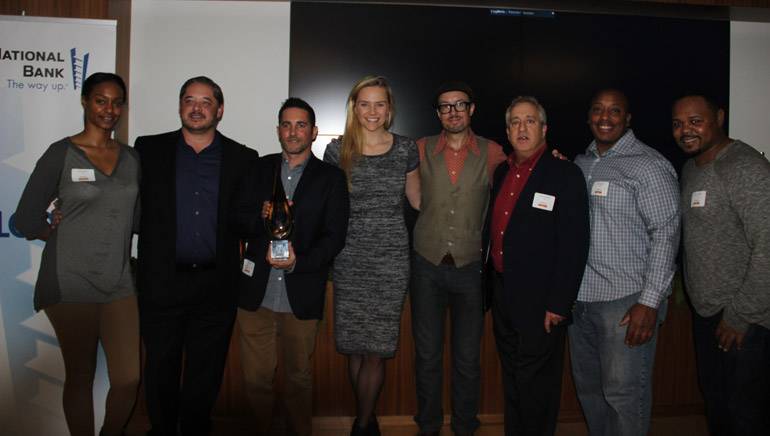 During the awards portion of the evening, ole Music Publishing was recognized with AIMP LA’s Indie Publisher of the Year honor. ole Vice President, Business Development David Weitzman and team accepted the coveted award on behalf of co-founder, Chairman and CEO Robert Ott. U.S. Representative Doug Collins of Georgia’s 9th congressional district received the Outstanding Service award. Collins, during his video acceptance speech, expressed what it meant to him: “The creative process starts in the hearts of publishers and songwriters and the creative hearts all around this country, and to be honored for this, for working for them, for working for that dream, for working for that word that’s not been put on paper yet, that will one day inspire maybe a whole country to recite those words and remember those special moments in their lives, that means a lot to me. So we’re going to continue the fight up here for creative rights and for the work that creative minds do.”

The event kicked off the holiday season and was a great networking opportunity for BMI staff and AIMP members who came together for a good cause: raising funds for the Linda Komorsky Liker AIMP scholarship fund via the raffle of a new iPad Air courtesy of City National Bank.