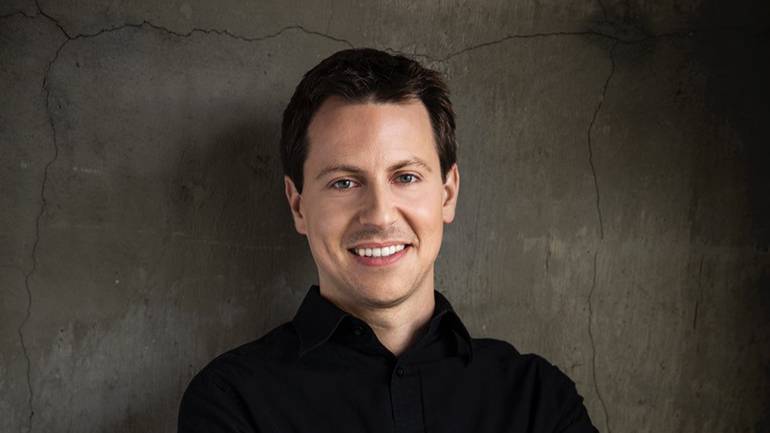 One of Variety’s “Top 10 Composers to Watch,” BMI composer Nathaniel Blume is rapidly becoming a standout voice within the new generation of television and film composers. His immeasurable talent for crafting compelling scores can be heard on Fox’s crime drama Prodigal Son, CNN’s 1968: The Year That Changed America, and the much talked about decades series The Eighties, The Nineties, and The 2000s.

Working with renowned BMI composer and mentor Blake Neely, Blume also co-composed several hit series, including CNN’s The Movies, The CW’s The Flash, and ABC’s Deception, among others. Along with these extensive TV credits, Blume’s work includes scoring both short and feature films like Shakespeare High, which screened at the 2018 Tribeca Film Festival, the animated feature Vixen: The Movie, which he also co-composed with Neely, and the Leo Awards-winning Sidekick.

A native of Fort Wayne, Indiana, with degrees in music composition from both Butler University and Carnegie Mellon University, Blume completed his film scoring studies at the University of Southern California’s prestigious Scoring for Motion Pictures and Television program, with which BMI sponsors several annual events. We recently had the opportunity to ask the former student how he’s quickly making it onto the “A-list” of Hollywood composers. Here’s what he said.

You were recently named one of Variety’s 10 composers to watch. Tell us how and when you found out you received the honor and what it means to you.

Jon Burlingame was putting that article together with some of his colleagues, and he informed my publicist that I was being considered a couple of weeks before publication. I had to keep my hopes in check, but that was difficult because Jon is a hero of mine. Not only was he one of my professors at USC, but I have the highest respect for his journalism covering the film music industry. I’ll read anything that has his name in the byline. So when the whole thing came to fruition, you can imagine what that meant to me.

What advice would you give other composers who are just starting out?

It might be cliché and heard often, but the best piece of advice I’ve ever been given is to have persistence. Nothing is going to happen overnight (though there are exceptions to every rule), and there are going to be times when a door opens only to be shut right before you can pass through. You just have to keep working hard and stick with it. It helps to love the job. If you truly love what you do, then you just keep finding that joy every day and another door will eventually open.

You’ve scored TV as well as documentaries and short and feature films. What are the differences in the process both in composing and in working with the show or film’s director on each of these types of projects?

In terms of the composing process, probably the biggest difference is the amount of music that you would be asked to write for that medium. A feature film may have anywhere from 20 minutes of original music on a small indie film to 90 minutes or more on a huge blockbuster. With a television show like Prodigal Son, which filmed 20 episodes in its first season with an average of 35 minutes of music per episode… well, you do the math because I’ll pass out just looking at that number. Of course cues get reused, themes come back, etc., but that’s A LOT of music. The fun part about working on a show like that is you get a lot of time to play with and reshape themes. Characters evolve, and so does the music. As far as working with the directors and producers, that can vary widely based on the particular project and not necessarily based on the medium. You can have producers who are very hands off on a film, so you’re essentially only dealing with the director one-on-one. Or you can have a lot of cooks in the kitchen and have to manage making many different people happy with the job you’re performing. And that goes for television and documentaries as well. A composer though, almost never deals with a director in television; the episode has usually been handed off to the show producers before it reaches the composer in post-production.

Tell us about your latest project Prodigal Son, which is such an interesting story on so many levels from a psychological standpoint. How did you get involved and what consistently draws you to the script but allows you to keep the music fresh and compelling?

One of the creators for Prodigal Son is Chris Fedak, who created and ran Deception, an ABC show that I co-wrote with Blake Neely a couple of years ago. While they were filming the pilot in New York, I sent Chris a 5-minute musical suite that I wrote specifically inspired by the script. Some parts of the suite really resonated with Chris and the type of show he was making. So we were in good shape not only having a prior relationship, but also a starting point for a music tone for Prodigal Son. Chris, his co-creator, Sam Sklaver, and I went on to develop an excellent working relationship throughout the season. They keep producing fun and edgy episodes, and it keeps the creative spark alive for me to try new things and be bold when it seems appropriate to go big. They encourage it and they’re extremely gracious through the whole process.

You studied at USC’s Scoring for Motion Pictures and Television program. How important was your musical education to your career? How has it helped?

I can only begin to describe how huge USC was for me. First of all, 18 of us graduated and a good majority are still working professionals in the industry today. I’m very close with a few of them and stay in contact with a lot of them. So it set up a network of friends where we all lean on each other, sometimes work together, and other times offer advice. The hands-on experiences made me much more comfortable dealing with the technology involved in scoring, as well as managing a creative relationship with a filmmaker. That single year of intensive study provided me with invaluable skills that are responsible for shaping the way I’ve navigated the industry.

How did you find out about BMI and how has joining impacted your career?

Well, when I moved to Los Angeles, I was an ASCAP composer, but then moved over to BMI. Since that time, I’ve really become entrenched in the entire BMI family. Everyone is not only extremely professional, but they’re always supportive and looking for ways to help composers. Any time I have a question about a cue sheet or tracking a particular project, someone has been right there to help me in a timely and efficient manner. I’ve been fortunate enough to receive a couple of BMI Awards too, which is always an encouraging feeling. And those events bring all of the composers out of their caves to enjoy good company and camaraderie.

What would you most like to take on next?

I would love to take on an animated film or series, especially if it’s trying to do something a little off the beaten path. While I was at USC, I took an animation course that paired composers with animators, and it was some of the most fun I’ve ever had working with filmmakers. Some of them were coming up with really crazy, innovative ideas on storytelling with animation. And musically, it was incredibly inspiring to feed off of that creativity.

Blake Neely, another BMI composer, is a mentor of yours. Tell us a bit about that relationship. What is the most important thing you’ve learned from him and how has it helped you in your career?

I will tell you “a bit,” because what I’ve learned and gained from my relationship with Blake over the years could fill a book. My career started as his assistant and has evolved to where I have now worked with him in varying capacities over the course of 11 years, so there are so many things that I’ve learned from him in that time and it would be hard to pick the most important. But I’ll honor your question by saying that I learned you can be a great person and still be successful in this industry. Blake truly cares about people and he treats everyone with respect. In any highly competitive industry, you’re going to have cutthroats and entitled people who are not only difficult to work with, but they also spread their negativity down the line. Blake has shown me that you don’t have to be that way to have a successful career. We wouldn’t have a working relationship 11 years later if it were otherwise. I think that has helped me in ways that I don’t even know about. Spreading good nature and positivity is always the way to go.

How are you using your time during this “stay at home” period? If there is one thing you’ve learned from this experience, what would you say it is?

For me, I’ve been fortunate enough that I’m still working. We’re finishing post production on all of the television episodes that were already shot. For Prodigal Son, we had a budget to record the last few episodes of the season with a string orchestra. When the stay-at-home orders hit, that put a huge wrench in going to a scoring stage and putting 40 people in the same room. So what I’ve learned from this experience is that people “find a way.” Everyone from my own assistant, to the contractors, to the orchestrator, to the musicians, to the mixer, to the music editor, all working in our own homes, found a way to record the score and make a really high quality product that didn’t involve the conventional method. This wasn’t highly innovative, I realize that. But what that tells me is that we can adapt, and there is a lot more that can be figured out and accomplished in different ways during these times. If we set our minds to it, we can make it happen.