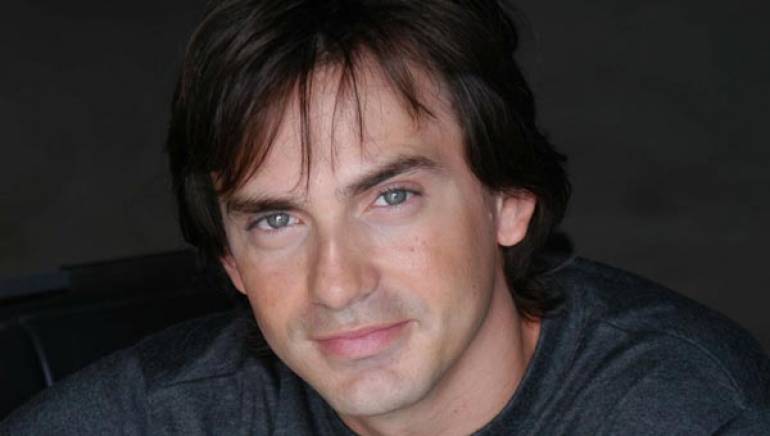 It might come as a surprise that one of the Regional Mexican genre’s most successful songwriter/producers is not, in fact, Mexican. “Even though I’m Venezuelan, my blood boils when I listen to this music,” the in-demand Adrian Pieragostino says.

Raised in Caracas by parents who immigrated from Abruzzo, Italy, Pieragostino studied classical guitar for seven years before moving to Mexico City in 1993 to join the popular tropical boy band Los Fantasmas del Caribe. Then, romantic banda and norteño groups were gaining popularity in Mexico, and the young Latin idol started composing at the same time he was getting familiar with these rhythms. “Back then, I had never heard a tuba or a charcheta,” he laughs, referring to staples of his compositions for top artists such as K-Paz de La Sierra and Horoscopos de Durango.

After Los Fantasmas’ dissolution, Pieragostino moved to Miami and then resettled in Burbank. In 2004, Graciela Beltrán recorded his composition “Dile A Ella,” and three years after that breakthrough, he was nominated for a Best Regional Mexican Song Grammy for Grupo Montez de Durango’s recording of his “Me Duele Escuchar Tu Nombre.”

The next frontier for Pieragostino? Nashville. “I love the country pop movement going on now with Taylor Swift and Lady Antebellum,” he says. “I grew up listening to my parents’ Italian romantic songs, then to sala and merengue, and for the past 12 years I’ve been cultivating this genre. That mix of cultures and flavors is a good combination.”