Posted in MusicWorld on September 12, 2008 by Jewly Hight 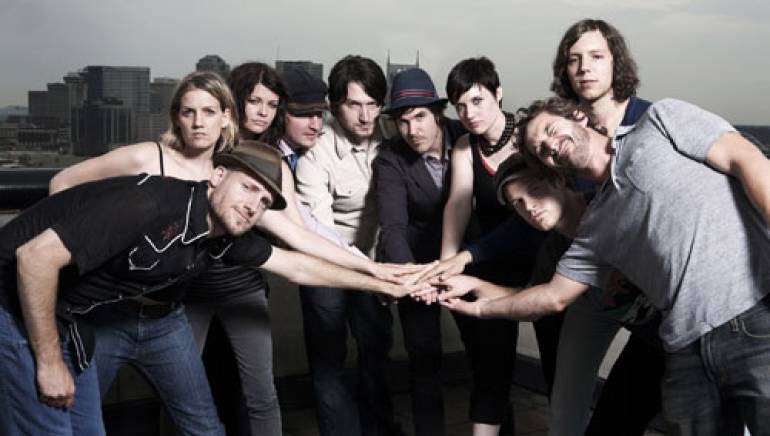 Compilation albums and package tours are hardly a new innovation. Alan Freed’s “Big Beat” tour sent a bunch of rock & roll acts on the road in the late ’50s, and the Motown Chartbusters albums showcased some of the label’s highest performing songs during the late ’60s and ’70s, to name just two examples.

But Ten out of Tenn — a tour and an album — is a new breed of both. It transcends record labels and genres, focusing instead on twenty- and thirty-something songwriters currently congregating in a specific locale — Nashville, Tennessee. And considering the types of songs they write, Ten out of Tenn is as much about changing perceptions of Nashville as a music-making destination as it is about highlighting the artists in the lineup.

“We were hoping that when people saw the show, they would see a side of Nashville that they’d never seen — that it’s not country music or just what they would expect — and that, if anything, it would convince people to come to Nashville and see what’s going on,” explains Ten out of Tenn co-founder Trent Dabbs, whose string-swathed, Britpop-leaning “Helpless State” is included on the album.

About the closest the compilation gets to country is House’s sensitive folk song “The Guy That Says Goodbye,” and even that is still worlds away. Nor, it should be noted, does House always stick to spare, acoustic folk fare on his solo albums.

“It’s funny because I have a lot of music that isn’t anything like what’s on the compilation,” says House. “I kind of purposefully picked my most folky songs because that happened to suit the set better.”

This is Ten out of Tenn’s second go-round. Volume one of the tour and compilation debuted in 2005, with everyone on the bill packed into a van. This time the transportation was upgraded to Willie Nelson’s old 1987 Silver Eagle bus.

Unlike volume one, which included bands, Dabbs and his wife Kristen opted to streamline the show with strictly solo acts performing a couple of original songs each night. The artists — all of them solid vocalists, and some skilled instrumentalists — formed a self-contained band to support each other.

“I got to be a backing musician for once,” says Boucher, who contributed a moody, ’80s rock-tinged track titled “All of the Things” to the compilation and handled the bulk of the bass-playing live. “I actually grew up doing a lot of session music stuff. It took me back, and I loved it. It was like the show wasn’t on my shoulders, [with me] having to be the front person. It was so much fun.”

If 15 nights of packed clubs were any indication, Ten out of Tenn’s blend of — as Dabbs puts it — “Nashville plus sincere music” was quite a success. “We sold out of merch and we had to order more. And at that point of the tour I was like, ‘Okay, this is going well. This is making everyone happy,’ which is what we want.”

And if Dabbs has anything to do with it, there will be plenty more nights like that on tours to come.