Posted in MusicWorld on October 27, 2015 by Malcolm Venable 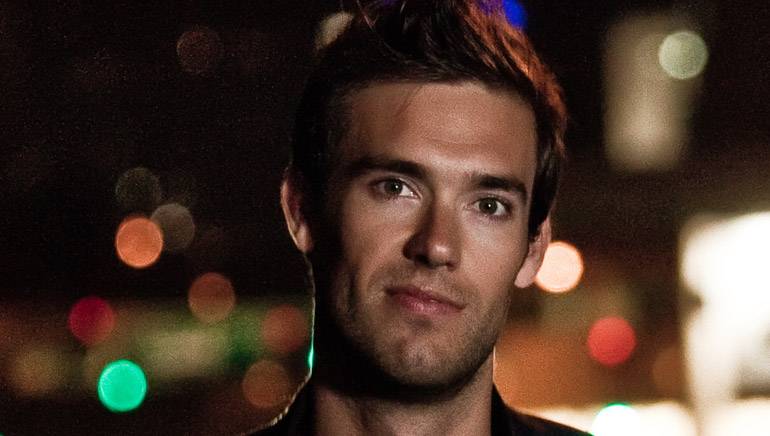 Up until the 2015 Golden Globes, when actor Michael Keaton surprised the world by introducing his son via his acceptance speech, Sean Douglas had been pretty much flying under the radar. That is, as under the radar as one can be while writing and producing for some of the industry’s biggest names, including David Guetta, Nick Jonas and Madonna.

Still, the witty and engaging Douglas has, up until now anyway, managed to remain out of the proverbial spotlight, even while crafting hits including Jason Derulo’s “Talk Dirty,” which peaked at several No. 1 spots worldwide, and Demi Lovato’s double platinum “Heart Attack.” (It helped that he could go by his actual last name instead of Keaton, which his father chose to avoid confusion with the other Michael Douglas.)

Like a sort of music-making Bruce Wayne, Douglas downplayed his lineage, instead charming colleagues with his talents in piano, guitar, vocal melodies and writing lyrics. His work speaks for itself. After paying his dues in bands in both high school and then Washington University in St. Louis, Douglas grew into a versatile talent who can seamlessly go from pop to R&B, rock to country and electronica.

Now, with multiple hits on his resume and a BMI award for Lovato’s 2014 “Heart Attack,” Douglas is becoming a star in his own right. BMI caught up with the very busy and decidedly low-key songwriter via email.

You’ve written for a wide array of artists across a number of different genres – from hip-hop to pop to electronica. What influenced your ability to go across genres in that way? Is there a particular genre where you feel most at home? Which one and why?
That was actually what made me pursue the songwriter route and stop trying to be an artist. Waking up and being free to write whatever style you’re feeling that day is really fun. Most people and writers have a pretty broad taste in music and I’m no exception. I like breaking a song down to just piano and vocal so it’s in its most basic form. After that you can dress it up a lot of different ways

You played in bands in high school and college. What instruments? How did those experiences shape you as a writer and musician? What did you learn from those experiences that you use today?
I started out Dj’ing in my high school band and writing the songs. This was the late ‘90s when having a DJ in your band was required by law. Then I played keys and sang in college bands for a few years after. What that really taught me about writing was how to arrange a song. I’d write a song on the piano and then have three or four guys to work with to figure out the best groove for it, the cool guitar part that wouldn’t fight the vocal melody, etc. I don’t produce that much but when I bring in a broken-down song idea into a session, it helps to be able to talk through the feel of how the rest of the track could go with the producer.

How did being exposed to the movie industry so early on influence you as a songwriter? Were you drawn to storytelling? Scores and soundtracks?
I don’t think it had a direct influence other than the fact that it exposed me to a whole world of people who used their imaginations and were creative for a living. So as a result, it didn’t seem like an insane idea to try to make it in music (which, of course, it is).

You’ve had a few smash hits, including “Talk Dirty” and “Heart Attack.” How did it feel to accomplish that? How does that kind of big success impact your approach to songwriting?
It felt fantastic! “Heart Attack” was my first hit and while one hit doesn’t necessarily get you the keys to the kingdom, it does make you viable, which was a big upgrade from my previous ‘who’s that again?’ status. “Talk Dirty” was a huge leap from there and that’s when a lot of doors opened. I haven’t found any way to successfully repeat the process of another hit, except to try and have fun with your co-writers. Might sound cheesy but it’s been the consistent through line in the songs that have worked for me.

How did you handle any criticism you may have gotten and how did you turn it around as a positive?
Who’s been criticizing me?!

What is the best advice you’ve ever been given in your career?
That I should only pursue a career in music if I felt like I’d be miserable doing anything else.

What has been the biggest challenge you’ve had to overcome?
I think the biggest professional challenge was learning to be objective about things I’d written. It’s only possible once you’ve written a ton of songs. Once I was able to gain a little perspective, I tried to pick apart anything I’d written and figure out what wasn’t working.

Why did you choose to join BMI?
Brooke Morrow found me after hearing a song I wrote called “Thanks for Nothing.” She started making introductions to great writers and other people in the industry and it made a huge difference in my career. It became very clear very quickly that BMI was the place for me. I’m so grateful for her advocacy and her friendship.