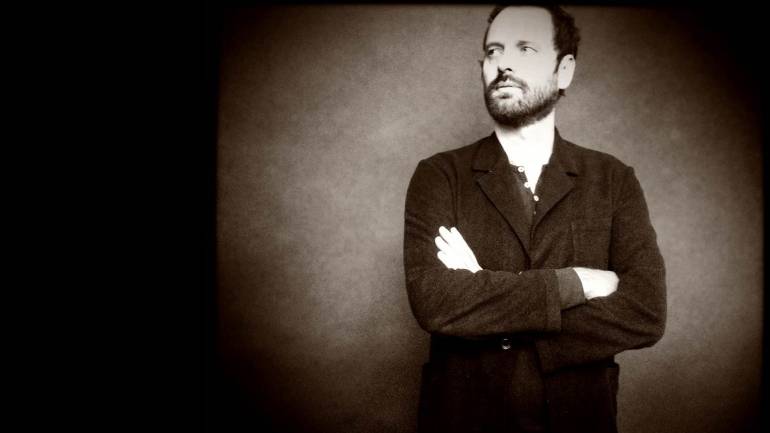 BMI composer Dustin O’Halloran has the intricate job of musically shadowing the lives of a family who discovers that their father is transgender in Amazon’s Golden Globes award-winning show Transparent. From the haunting opening piano theme to the humorous side of the “dramedy,” O’Halloran’s music accompanies every scene of director Jill Soloway’s creation with flawless sonic style, also earning him an Emmy nomination for Outstanding Original Main Title Theme Music. So popular is the show that it was renewed for a third season prior to the second season even airing, which will be in December of this year, and O’Halloran is more than up for the challenge.

He’s scored a number of films and TV shows, including director Drake Doremus’ Breathe In and Like Crazy, which won Sundance’s Grand Jury Prize. He’s also recently worked on 2015’s Indian drama Umrika – which won the Audience Award at Sundance and gave him his first opportunity to compose for a full string orchestra. In his past, he contributed solo piano pieces for Sofia Coppola’s award-winning film Marie Antoinette, providing moving moments of stillness amid sounds of the new wave, post-punk and electronica that predominantly make up the movie’s soundtrack. He also spent time in the critically acclaimed band Devics, whose hazy dream pop won them the accolades that put them in gear to record five albums. In 2004 and 2006, he released Piano Solos Volumes 1 and 2 and later followed with other projects, including his third solo album, Lumiere, his live recording, Vorleben, in 2011, and A Winged Victory For The Sullen, cementing a name for himself with his minimalist Satie-esque simplicity.

BMI caught up with the busy composer to ask him about his Emmy-nominated theme score for Transparent, which he composed in just five weeks, and where he’s headed in the future.

There’s music that screams comedy and music that portrays drama. Transparent is called a dramedy. How do you marry the two and what are the challenges?

Yeah, this one is hard to pin down, but it’s like life. I guess you can laugh with a tear in your eye sometimes. We tried to find something in the middle, not overstating the comedy or making it too dramatic. I think we found a nice balance that carries both well.

How do you get out of one scene into another musically? Are there thematic segues that you rely on and how do you come up with them?

I didn’t really rely on any real themes - more of a style that creates a mood over the whole show. Some ideas come back, but really all the pieces are pretty individual. It’s the instrumentation that really ties them together.

The theme to Transparent is a masterful blend of dynamics. What was your creative process when you wrote it?

There is so much nostalgia with these opening titles, the old 8-mm video, the grainy VHS look…so it was really about capturing that feeling. This family bond is really at the heart of the show and I wanted to create a feeling of honesty and openness. Jill really loved my second piano solos album, so I knew this was the best starting point.

What do you find most interesting about scoring Transparent, a show that can trigger so many emotions from a social perspective?

The show works on so many levels, which is really rare. Jill has somehow created a way for people to understand and feel all these characters and situations that they may never be in with a real sense of empathy. It’s really groundbreaking and it’s been amazing to be a part of that.

Tell us about some of the independent films you’ve worked on. How do they differ from TV scoring?

The last film I scored is Drake Doremus’ new sci fi film Equals, which is going to premiere at The Venice Film Festival this September. It’s the third film we have done together and it’s been a great collaboration. Most of the films I have worked on have somehow been through my original music I make, so I think I have been really lucky that most directors give me a lot of creative freedom. Transparent was a lot like making a film really… a five-hour film cut into chapters.

Well, I just returned from London where my new project A Winged Victory For The Sullen performed at Royal Albert Hall for the BBC Proms… it was pretty epic. And now Transparent Season 2!