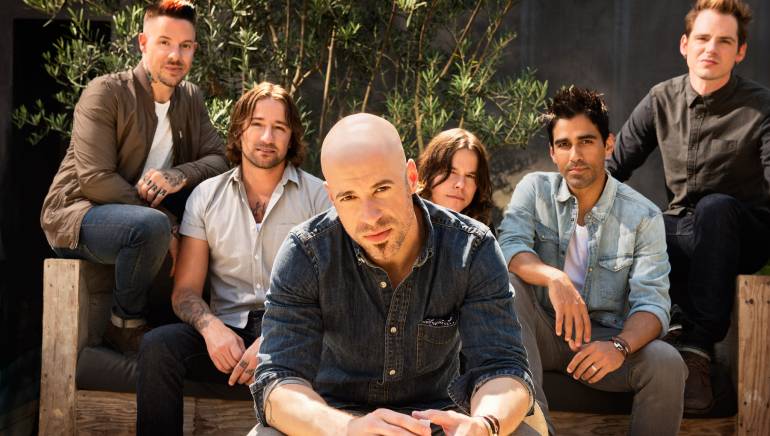 Some artists settle into a comfort zone after much success, churning out album after album of a signature sound, pleasing fans and leaving little room for risk. Broadcast Music, Inc. singer-songwriter Chris Daughtry is not one of those artists. For his eponymous rock band’s fourth studio album, Baptized, the 33-year-old songwriter, lead vocalist and rhythm guitarist decided it was time to shake things up. The move was unexpected, especially for an act whose self-titled debut became the fastest-selling debut rock album in Nielsen Soundscan history and who has racked up four No. 1 hits, four GRAMMY nods, six Billboard Music Awards and seven BMI Awards.

The good news? It’s all working out to perfection. Upon its release November 19, Baptized entered the top ten of the Billboard 200 (at No. 6). Its first single, “Waiting for Superman,” continues to chart. And while the band’s new sound - lighter, more pop-oriented, folksy and fun-loving - may have surprised Daughtry’s longtime fans, it also seems to be gaining new followers. “I felt like I had done three records that sonically were very similar and I didn’t want to repeat that cycle or even try to recreate something that I’d done before,” says Daughtry. “Going into the record, I didn’t know what kind of record that was going to be, I just knew that it needed to be set apart from the first three. Whether people loved it or not, I just felt like, for me, it needed to be fresh.”

Daughtry approached the making of the record differently than in the past, enlisting new producers such as Martin Johnson (Boys like Girls, Christina Perri, Hot Chelle Rae), Sam Hollander (Train, Neon Trees, Owl City), and Claude Kelly (Britney Spears, Whitney Houston). Working with new people forced the American Idol alum to challenge himself in unexpected ways. “Every band that has been around for decades, they all have had one or two records that have made the fans go ‘Whoa, what’s going on here?’” he adds.

That ‘Whoa!’ moment on Baptized is perhaps best captured on “Long Live Rock n Roll.” Opening the song with the lyric, “I was born the day that disco died,” Daughtry name-checks Elton John, Billy Joel, the Beatles, the Stones, Van Halen, Kurt Cobain and others in his ode to a genre that has always defied categorization and left a lot of room for debate over who’s the best. In the rap world, this competition among greats is known as “beef,” but here, it’s all in good fun. “I love the irony of the fact that it’s not even a big rock song, it’s much more folk or country inspired,” says Daughtry. “It was the first song that I had written on the record that did have a real lightheartedness about it.”

The humor that shows up in “Long Live Rock n Roll” and on other parts of the album is much more representative of Daughtry and his bandmembers’ true personalities than the angst of recordings past. “I’m a jokester; I’m always cuttin’ up and laughing and having a good time and making dumb jokes,” he says. “People never get to see that. I always felt the need to be serious because it’s rock and you gotta have this hard face, you know? [Laughs] And it’s not the case. Even on some of the more serious songs, like ‘Waiting For Superman,’ there’s some slight humor behind him being at the laundromat, washing his cape. That’s kinda funny.”

Growing up in North Carolina, Daughtry began his journey as a songwriter before he even realized it, listening not just to rock, but to everybody from Rick Astley to Black Sheep. “I guess I was always kind of a student of songwriting without realizing it because I was always drawn to catchy melodies and big choruses that I could remember,” he says.

One of his proudest songwriting moments is “Eighteen Years,” off Baptized, which carries a hint of nostalgia about those teenage years. “I think nostalgia is a huge part of songwriting,” says Daughtry. “Everybody has moments where they look back and they reminisce on certain times in their life, whether it be good moments or bad, and a lot of these songs kind of take people back into their own lives.”

These days, Daughtry’s life is filled mostly with good moments, and if he sounds fulfilled on Baptized, that’s because he is. “My life always shows up in my work,” says the proud husband and father. “I’m definitely in a very, very happy place.”