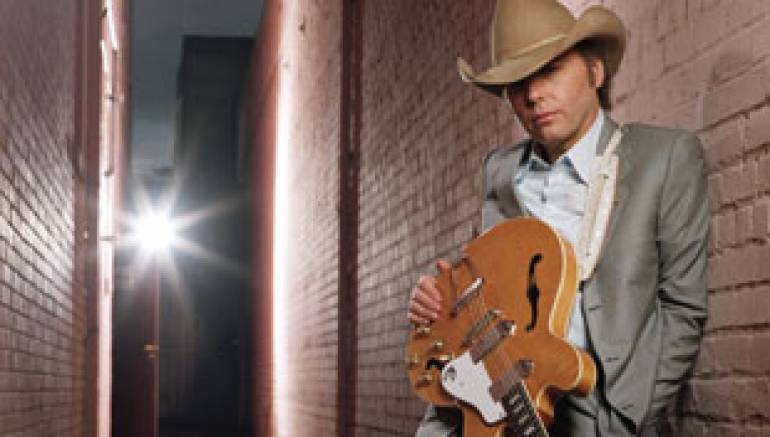 With his 1986 major-label debut, Kentucky-born, Ohio-bred Dwight Yoakam joined roots-based newcomers like Randy Travis and Steve Earle in helping to establish the formidable “new country” trend of the late ‘80s and early ‘90s. A 29-year-old singer/songwriter with a cowboy hat slung deviously over one eye and a throaty voice to match, Yoakam had spent his formative years with one ear on the Rolling Stones and the other on Buck Owens, and the convergence of styles would set the tone for Yoakam’s solo career, which began with an exploratory visit to Nashville in the fall of 1977.

Nashville at the time, however, had little use for a traditionalist with a hard-rock bottom. Frustrated, Yoakam charted a course for downtown Los Angeles, the polar opposite of Music City. Performing in the same clubs that housed regional punk acts like X and the Dead Kennedys, Yoakam began to establish himself as a hip alternative to contemporary country, even garnering a loyal fan base around Hollywood known as “cowpunks.”

Enter guitarist/producer Pete Anderson, who, like Yoakam, had been weaned on a steady diet of country and rock & roll. In Yoakam, Anderson heard the direction Nashville needed to take, and insisted that the singer immediately commit a handful of his originals to tape. Financial backing for the project came in the form of a $5,000 credit-card advance from Tulsa drummer Richard Coffey, a friend of Yoakam’s who received a portion of the publishing for his trouble.

In early 1984, Yoakam, Anderson and a hastily assembled backing crew entered Excalibur Studio, an independent 24-track facility conveniently located behind a sewing-machine repair shop in nearby Studio City, and proceeded to hammer out six songs, including Yoakam originals “It Won’t Hurt” and “South of Cincinnati,” along with a cover of Johnny Cash’s classic “Ring of Fire.” The limited budget dictated an efficient recording procedure, with most rhythm tracks cut in just a few takes with minimal fixes.

“Excalibur was the kind of kind of place where you could just walk in, hand them $200 and go to work for eight hours or so and get as much done as possible,” recalls Anderson, Yoakam’s producer of 19 years. “That’s how we recorded most of the EP - just get a bit of money, grab Brian Levi, the engineer, run over there and get tracking.”

With funds running low, Yoakam, Anderson and Levi repaired to another low-budget facility, Hit City West, and proceeded to mix the songs in a series of overnight cram sessions. “We’d arrive at 11:30, have the tapes up by midnight and start mixing non-stop,” says Anderson. “There was no automation, so there we are, the three of us on our knees in front of the board at four in the morning, holding down mutes, going, ‘Okay, ready? Un-mute the mandolin! Didja get it?! Ride it up! Pull it down!’ All night long. We even wild-tracked a few parts, just flying ‘em in from tape. That was a job.”

That November, Oak Records, an L.A. independent known for its hardcore punk roster, printed up 5,000 copies of Yoakam’s debut EP, entitled Guitars, Cadillacs, Etc., Etc. Then Yoakam and Anderson sat back and waited for the big fish to bite, at one point even turning down alt-rock specialists IRS Records. “We were thinking, ‘We’re gonna be patient and get ourselves a nice major-label deal and then make them do things our way,’” recalls Anderson. “You would’ve thought we were nuts.”

When Warner/Reprise came calling in May of 1985, Yoakam and Anderson were ready. Their list of demands included the stipulation that all six songs previously issued on the Guitars, Cadillacs EP be used as-is on Yoakam’s full-length debut. “That was all part of it - we told them, ‘You get what you get - we’re not touching these tracks.’ We just didn’t feel like they needed to be done over again.”

Yoakam completed the deal by recording four additional tracks - a cover of Johnny Horton’s “Honky Tonk Man,” his own “Guitars, Cadillacs” and two others - at nearby Capitol Studio B, birthplace to the celebrated “sound of Bakersfield.” “Dwight was really into Capitol,” says Anderson. “The live echo chambers they had under the parking lot, the whole vibe - it was perfect for what we were trying to accomplish.”