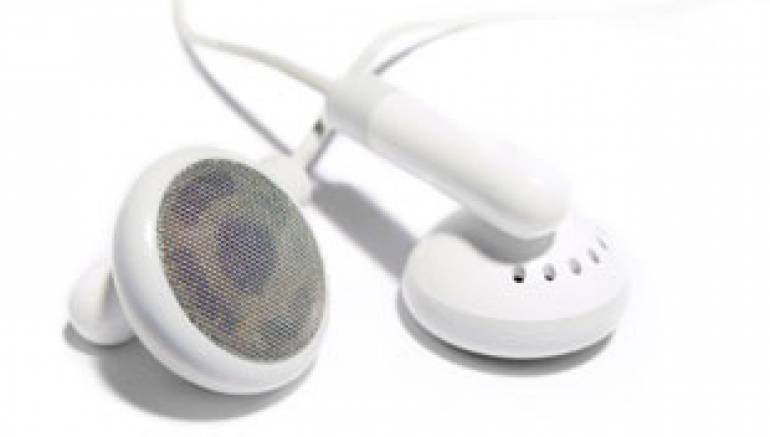 Though conventional wisdom holds that it’s better to listen to recorded music through a set of monitors, for the average person a decent pair of studio-type headphones is far more practical. For starters, if you typically go to work long after everyone has gone to bed, headphones ensure that no one else will be privy to your nocturnal emissions. Even when privacy isn’t an issue, headphones eliminate unwanted leakage during overdubbing while allowing the listener to monitor the backing track with sufficient volume (particularly helpful when adding drums or electric guitar).

Headphone varieties
Standard “open-air” headphones (so named because they have an open grille on the back of the driver) don’t shield the listener from outside noises, nor prevent those in the vicinity from hearing sounds pumped into the headset. What they do offer is superb sound, making them the preference for discerning audiophiles. If you primarily record straight in (i.e., by yourself without any amplified instrumentation), open-air headphones will work fine, since you won’t need to eliminate any loud background sounds.

By comparison, closed-cup (or semi-closed) headphones, which have a sealed (or partially sealed) backing, make a better choice when isolation is a requirement, and, generally speaking, are preferable for most kinds of studio work. Using price, quality and comfort as a consideration, a few models that come to mind are the Beyerdynamic DT770 ($190), Sennheiser HD-265 ($180) and AKG K271 ($200) closed-cup studio-monitor headphones, each one offering “diffuse-field” equalization for simulating a monitoring-room environment. The semi-closed, exceedingly comfortable AKG K240 ($125) has been a fixture in pro studios for decades, while Sony’s MDR V600 model ($70) makes a great bang for the buck. Though not nearly as rugged as higher-priced models, the Koss R80 ($40) offers plausible sound and also comes with a detachable connector.

Headphone accessories
If your mixer doesn’t have multiple headphone outputs - and assuming you won’t be working in complete solitude - at the very least you’ll need a basic �-inch stereo headphone splitter, a passable solution for two headphone users. However, the real way to go is with a standalone headphone amplifier, which provides a dedicated input and gain control for each member of the recording entourage. Contenders include the four-input Samson C-Que 8 Headphone Amplifier and rack-mountable Behringer HA4700 Powerplay Pro XL Headphone Amplifier, both selling in the $100 range.

What’s more aggravating than having your headphones come flying off in the middle of a good take simply because you didn’t have enough cord? Before you get caught short again, pick up a handy headphone extension cable, manufactured by companies like Hosa, Russ Andrews, and others ($10 buys you 20-25 feet).

If you want the occasional break from headphone-related ear fatigue, a “personal monitor” is a good bet. Particularly when cutting vocals, I’ve often used the Electro-Voice EVID SOS 3.2 ($150), an adjustable monitor that attaches to the top of a mic stand, includes a convenient level control and can be positioned close to the singer without worrying about excessive leakage.

Be careful how you use them
The Who’s Pete Townshend admitted years ago that his hearing loss was the result of excessive headphone use. Avoid making a similar mistake - go easy on the volume, lest you end up like Ol’ Behind Blue Eyes. While you’re at it, make sure all instruments, microphones, etc., have been properly connected before you strap on the cans (to keep screeches, loud buzzes and all other damaging noises from blasting your ear drums). During prolonged activity be sure to take frequent breaks so your ears have a chance to recover (and to make sure there aren’t any ringing phones or fire alarms going off).
Particularly when using a sensitive condenser vocal mic, leakage from headphones may create an unwanted “phasing” effect. While this problem can sometimes be addressed at the console, the easiest remedy is to simply reduce the output level to the headphones.

Though opinions vary, monitoring your mixes using headphones isn’t always the best choice. Because of the proximity to the eardrums, headphone mixes tend to be brighter; also, what sounds like great separation through headphones may turn out to be total mud when played back through conventional loudspeakers. If possible, save the final mixing for a more favorable environment with a pair of nearfield monitors. If you insist on mixing with headphones, try using a model with diffuse-field capability (for more accurate EQ), or consider picking up an acoustic simulator (or better yet, a headphone virtualizer) to help alleviate spatial disorder.

Finally, remember that headphones aren’t required for every occasion. Performing sans-cans allows you to hear the room better and lets you achieve a much better sound balance when other players are involved.