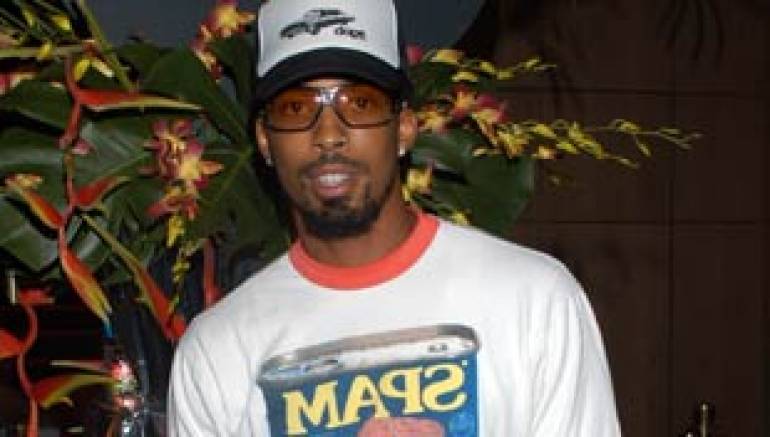 Songwriter. Producer. Arranger, remixer and programmer. To say that Dallas Austin has redefined the term “studious” would be both accurate and a magnificent understatement. An ambitious and enterprising young man who apparently lives at the helm of recording consoles, Austin has earned acclaim for his hook-intensive original songs and savvy musical productions.

Which explains why No Doubt siren Gwen Stefani, new wave stalwarts Duran Duran and rapper Nas recruited Austin to oversee their crucial new recordings. It was a shared love of ‘80s music that prompted Stefani and Duran Duran to consult the sought-after producer. “Once (Stefani) found out I was an ‘80s nut, she was like, ‘This is it’,” Austin said recently. “We took it from there.”

As for Duran Duran, Austin simply inspired the band to return to their post-punk basics. “I brought that ‘80s element back to Duran Duran,” Austin said. “Between their harmonies and voices and those sounds ? I brought that classic sound back to them.”

Austin even uses an ‘80s reference when describing his work with hip-hop icon Nas.  “He should be the Bono for hip-hop,” Austin said of the rapper. “He’s a really good brother and I think people need to hear the messages he has to deliver.”

History books may remember 2004 as the Year of Dallas Austin: The Nas, Duran Duran and Stefani recordings are all slated for release by year’s end.

A closer inspection of Austin’s career reveals a man adept at producing irresistible tracks that combine the sweetness of pop, the soulfulness of r&b and the swagger of hip-hop. In his work with rockers such as Fishbone, Lenny Kravitz and Indigo Girls, Austin has administered just the right dose of urban edginess, while carefully preserving the distinctive, trademark sounds that have won these acts renown.

Austin has also exerted tremendous influence at the box office. His songs and productions have been featured on soundtracks for film hits like The Nutty Professor, Poetic Justice, Boomerang, White Men Can’t Jump and Small Soldiers.

But it was Boyz II Men’s Cooleyhighharmony that thrust Austin into the pop stratosphere. The disc, which featured eight Austin compositions, sold 9 million copies, transformed the then-unknown Philadelphia singing group into superstars and made Austin one of the most in-demand r&b producers in history. Overnight, Austin was fielding calls from Madonna (her acclaimed Bedtime Stories album), Michael Jackson (his career-spanning HIStory: Book 1 two-disc set) and others.

Since his late-‘80s arrival, Austin has had a hand in an assortment of recordings by Lenny Kravitz, Monica, Deborah Cox, Paula Abdul, N’Dea Davenport, DJ Jazzy Jeff the Fresh Prince and others.

With his independent production career thriving, Austin opened his own recording studio, DARP (Dallas Austin Recording Projects), in Atlanta. He also established his own label, Rowdy Records, which was distributed by Arista/BMG. Later, he began the Volcano Records-associated label, Freeworld. Apparently, Austin’s commercial acumen is every bit as sharp as his sterling musical instincts.