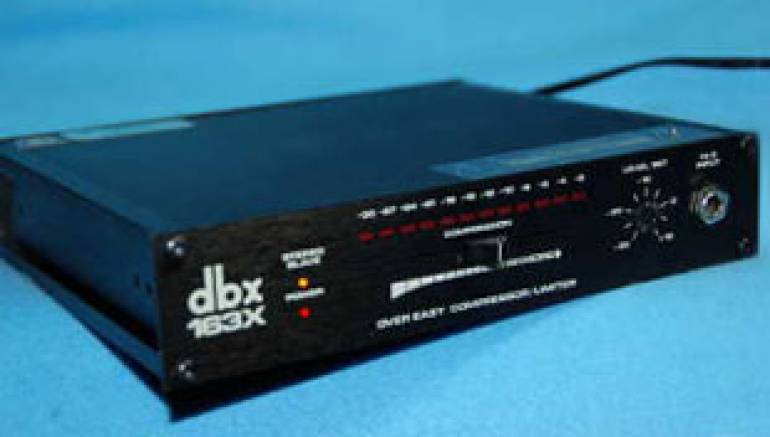 I really hate spending money on just about anything, even when the fundamentals of the economy are really strong like they are today (heh, heh). So when it comes to buying stuff for the studio, I generally gravitate towards the kind of gear that can get the job done for as little as possible (as in under $100, in many instances). On that note, for the next several installments I’ve compiled a list of some of the most reputable low-priced mics, effects and other audio aides, including both analog relics and brand new knock-offs, suitable for beginners and veterans alike. Why pay more when you don’t have to?

The “X” Factor
There’s nothing like having a good compressor on hand for adding bite to instrument tracks as well as handling basic leveling functions when mastering a mixed demo. Unfortunately, good compressors often fetch top dollar, and/or require that the user have above-average technical skills.

There are a few notable exceptions, however, including one of my personal favorites: the DBX 163x. This small, ultra-basic mono compressor/limiter, a popular item from the early ‘80s well into the ‘90s, is as simple as it gets when it comes to getting decent compression without all the mucky muck. Just two controls handle all of the unit’s functions: an adjustable trim knob for increasing/decreasing signal output, as well as an “over easy” slider for raising and lowering the compression threshold, both conveniently located on the front of the unit. Want more compression? Just move the slider to the right. Want less? Move it to the left. That’s it.

Along with standard in/out patches in the rear for “inserting” the compressor using a mixer, the DBX 163x also sports a hi-Z jack on the front panel, allowing you to easily direct-patch individual instruments such as bass, guitar or keyboard (the unit also has an XLR connection for attaching a vocal mic).

Though DBX ceased production of the 163x years ago, its reputation lives on. Many engineering professionals consider the 163x on par with pricier compressors when it comes to leveling vocals, punching up kick drum, or adding fullness to direct-input bass. Best of all, the 163x can often be found for as little as $50 on usual haunts like eBay, Craigslist and online retailers. These are rugged little units with solid metal enclosures (the oldest versions had a slightly more stylish wood trim); I’ve picked up a bunch of them over the years, and they all continue to work flawlessly. For compression fans, it just doesn’t get much easier—or cheaper—than this.

Nady, Baby
Ribbon or “velocity” microphone - which operate using a tightly strung length of ribbon-shaped aluminum - are well known for their ability to deliver smooth, natural tone when used for vocals, horns and other applications. Unfortunately, vintage ribbon mics typically fetch a few grand and are also quite fragile, requiring frequent maintenance and re-ribboning.

Luckily there are a few budget knock-offs that are well worth checking out, including those made by Nady, a company that specializes in authentic replicas at decent prices. A little while ago I decided to try out the RSM-4 “lollypop” model, a vintage-styled ribbon mic highly recommended by a number of sources - and, as it turns out, with good reason. Because its frequency response is relatively flat, the RSM-4 is particularly well suited for capturing brighter sound sources such as certain amplifiers (Fenders, for instance), in addition to horns, piano, strings and vocals. The mic’s figure-of-8 pickup pattern (front and rear sides) makes it a decent choice for basic room-miking situations as well. A major concern when using any ribbon mic in front of a high-pressure sound source is the potential to cause permanent damage to the ribbon itself. Nady, however, has outfitted the RSM-4 with a particularly rugged 6-micron thick aluminum ribbon, which, according to Nady, can handle up to 165dB, ostensibly tough enough to withstand most forms of volume punishment. Bottom line, the RSM-4 costs a mere $80 these days (or even less used), making it a pretty compelling case for anyone looking to augment their mic collection without weakening their own economic fundamentals.